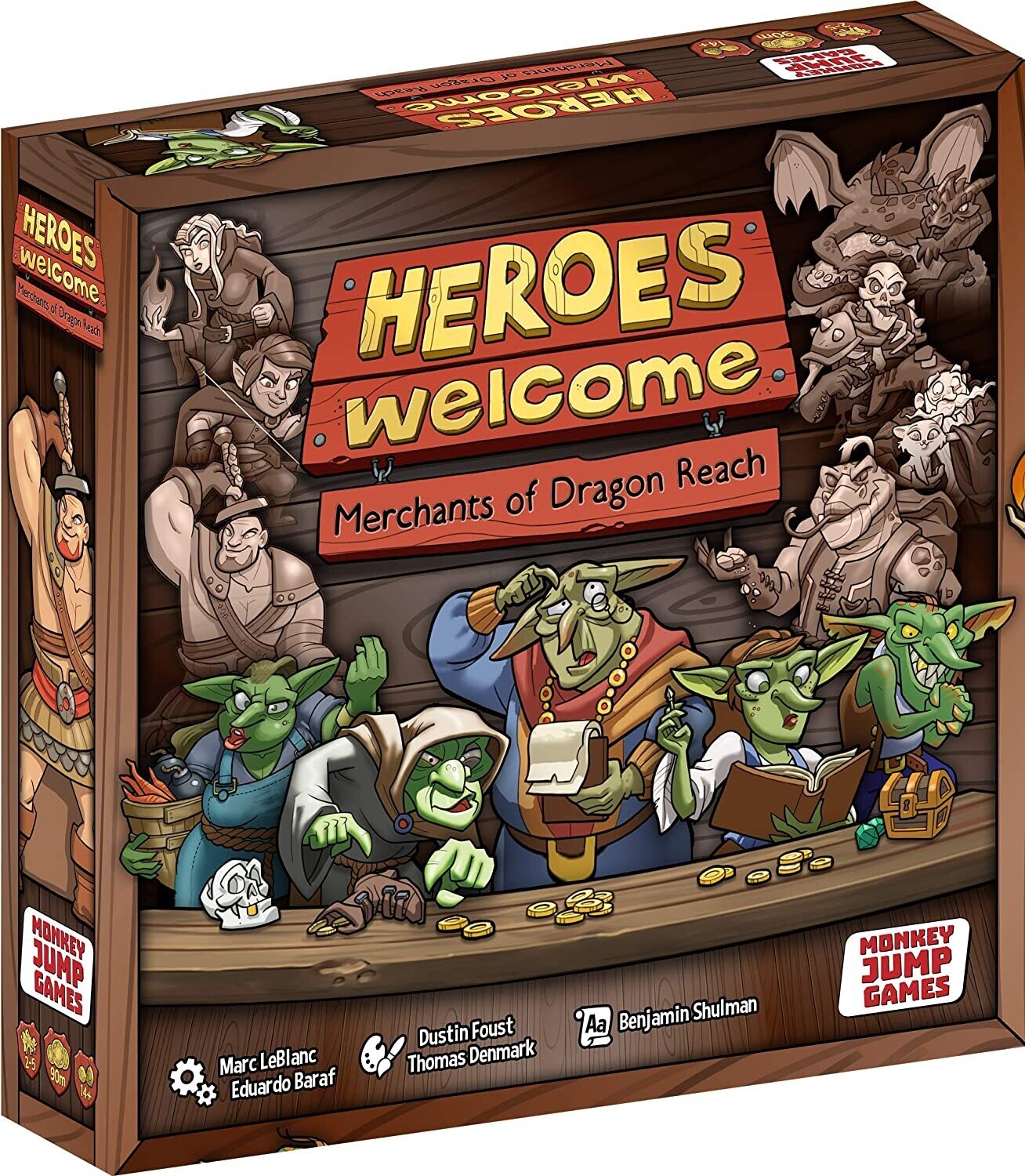 Be a profitable merchant as you support the heroes, monsters, or both!

Dragon Reach is the bustling new frontier settlement in the Realm of Smiteros. The zone portals have just opened, and as we speak, the first heroes are braving the Dungeon in search of game, glory, and level-ups. For you this means only one thing: Profit!

Heroes Welcome is a worker placement set collection game. Players assume the role of merchants who are double-dealing to both sides of the classic dungeon crawl trope. As a merchant, you'll buy loot from heroes who are returning from quests, only to use that loot to craft weapons for the monsters that the heroes are fighting. The monsters will pay you in gold (for buying more loot) and Vorpal Pieces, a rare and valuable coin. This cycle continues until the heroes triumphantly take down the boss monster! The Vorpal Pieces are tallied and the merchant with the most VP is named the winner.