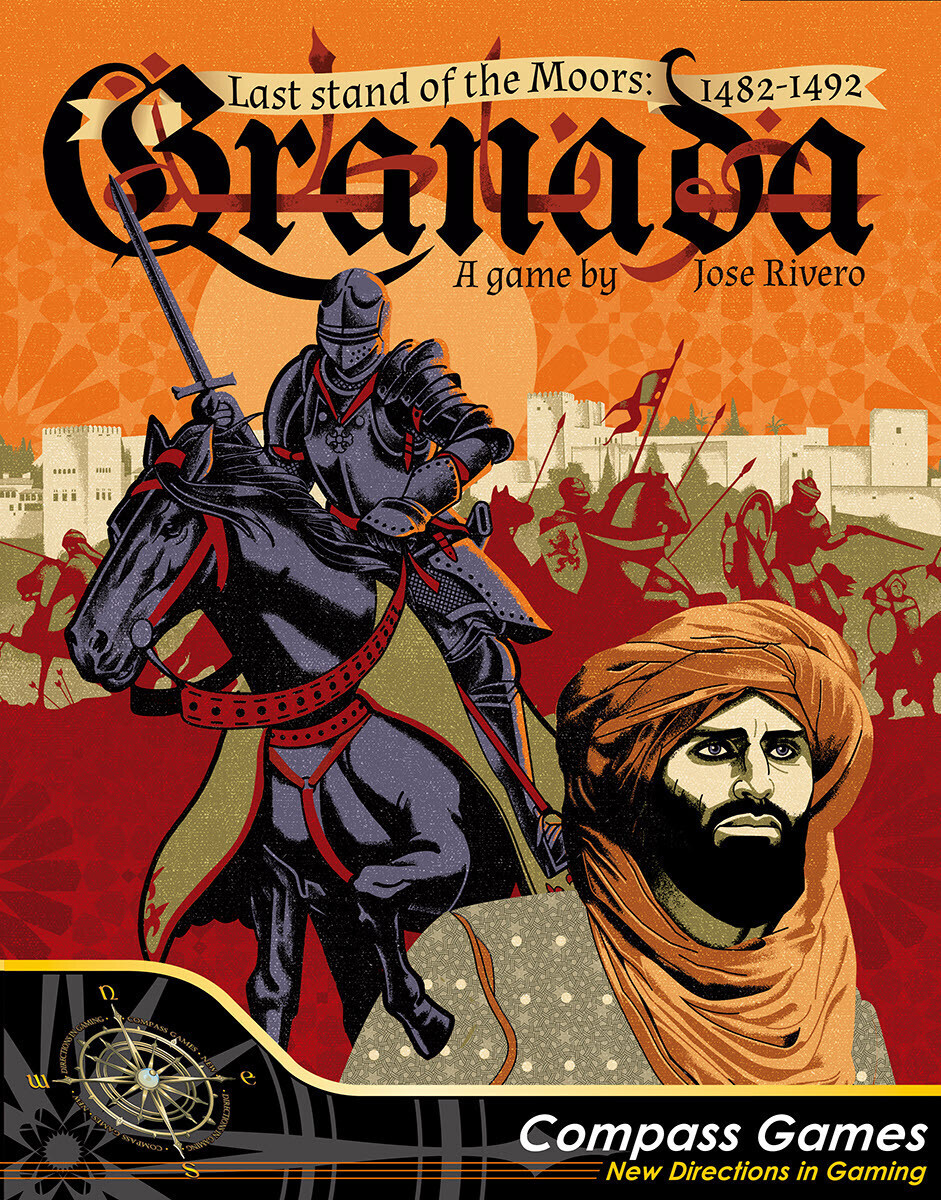 Anno Domini 1482. For the past few centuries, the Iberian Peninsula has been a complex battlefield of crossed interests, kings’ ambitions and noblemen’s intrigues. The Muslim power, once uncontested under Cordoba’s Caliphate banners, lies languidly in the last Moor stronghold in Al-Andalus, the marvelous city of Granada.

The last rulers of the Alhambra (“The Red One”) have been buying peace from the powerful Christian kingdoms for decades. Weakened by internal family divisions, they now face their darkest nightmare: a nuptial union between Castille and Aragón in the figures of Isabel I of Castille and Ferdinand II of Aragon, the Catholic Monarchs.

Through cunning diplomacy and negotiations, large armies are congregating to push to the sea the last Muslim presence in Western Europe. The Pope promulgates the last Crusade and military orders join the mixed army of Castille and Aragon, along with mercenaries all over Europe. The Nasrid Kingdom tries to gather its men and garrisons, sending messengers to North Africa for military support and reinforcing the numerous castles and watchtowers all over its lands.

But deception and treason will play their part (Ferdinand II will be the main inspiration for Machiavelli’s ”The Prince”). Boabdil is conspiring to reach the throne in the city of the pomegranates whereas his uncle, el Zagal, is well known for his hit-and-run ambushes and guerrilla warfare. Will Catholic Monarchs be able to consolidate their dream of a united Iberian realm to continue towards world-wide domination? Will the Nasrid Kingdom accept the challenge and fight in a stubborn resistance until it breaks its enemies’ will to continue the fight?

Granada: The Last Stand of the Moors, 1482-1492 is a game for two players in which they will decide the outcome of this decisive historical episode in less than 4 hours.

Units are represented by blocks depicting their strength but also their origin: Castilians, Aragoneses, Leoneses and mercenaries for the Catholic player, and different clans like Banu Sarray, Zegríes, Banu Bannigas and proper Nasrids for the Muslim player.

The map is point-to-point, covering the ancient Nasrid Kingdom in southeast Iberia (present-day Spain). Granada, the capital, is the jewel of the realm: the game ends if it falls into the Catholic player’s hands.

Each season, players receive a predetermined number of cards which they can use to move their armies and fleets or rally new units. When a battle occurs, each regiment is summoned by the play of one card of its nationality, so as Tamerlan said: ”It is better to be present with 100 soldiers than absent with 1.000.” In other words, be sure you have the right cards to send your troops into battle.

As an almost Renaissance war, different weapons will also be present. Cavalry charges and crossbows will be extremely dangerous if well combined, whereas artillery will have a significant value when maintaining or defending sieges. Your fleets will fight for sea control, enabling the transport of North African reinforcements, Catholic naval movements or blocking sieged ports.

Balanced and historically accurate, the game is easy to learn but difficult to master. The Catholic player will have to decide which invasion route to choose and whether he will create a massive army, leaving the Muslim player time to reinforce his strongholds, or go for a quick campaign where losses will be difficult to replace. The Nasrid player, on the other hand, will enjoy a central position but he will need to be cautious about the internal problems that can arise— the Boabdil revolt is almost an inevitable danger to face and crush.

As the Catholic player, will you gain fame and glory accomplishing the Reconquista and enlarging your kingdoms in one unified powerful state? And as the Muslim player, will you resist and save Granada or will you become the last King of the Nasrid dynasty?