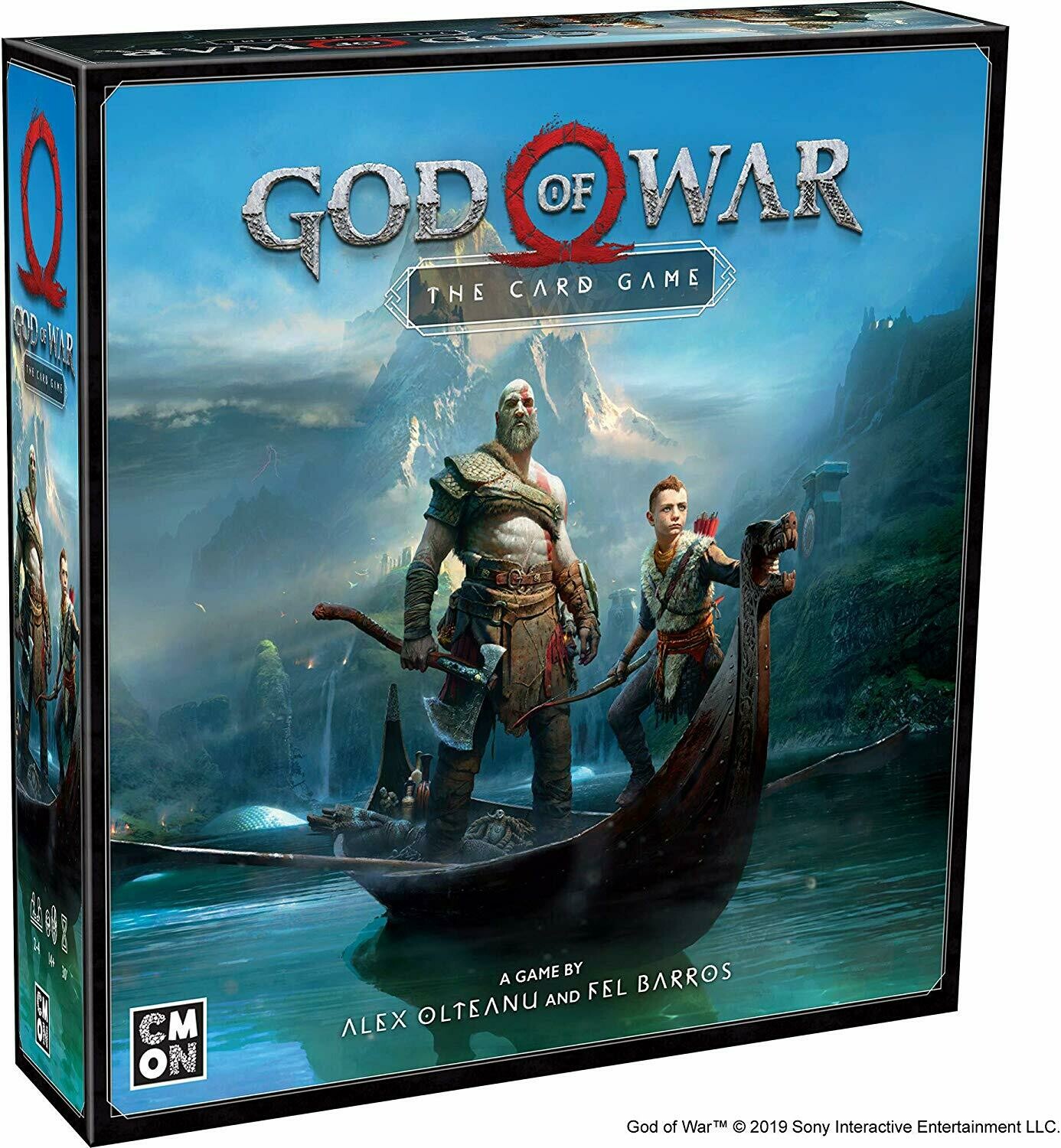 God of War: The Card Game

The Norns are Rushing to Find a Way to Stop Ragnarök

Ragnarök, the cataclysmic event that will destroy the world, is coming. This may seem like an impossible thing to stop, but some people have decided that they are up to the task. They are the Norns, and they have travelled to the well of Fate, Urðr, to find a way. The swirling waters allow them to play through different scenarios of heroes, quests, victories, and defeats in order to locate a magical combination that will stop Ragnarök once and for all. Will they find a way in time?

In God of War: The Card Game, players take on the role of the Norns, mystical beings of power who are looking to find a way to stop Ragnarök. Players can pick one of several heroes from the God of War video game series, such as Kratos, Mimir, Atreus, Brok and Sindri, and Freya, and search for a way to stop the end of everything. Using their custom deck of cards, they’ll fight through three Quests, represented on the tabletop by a mosaic of cards. They must work together, attacking different locations of the mosaic, trying to deal enough damage to bring their foes to their knees.

Players must work together to complete the Quests. Each Quest has different win conditions players must figure out so they can overcome it.

Players are regularly adding to their combat deck of cards from a group pool. Decks can be customized to cater to particular styles and tastes, with different options each time the cards are shuffled.