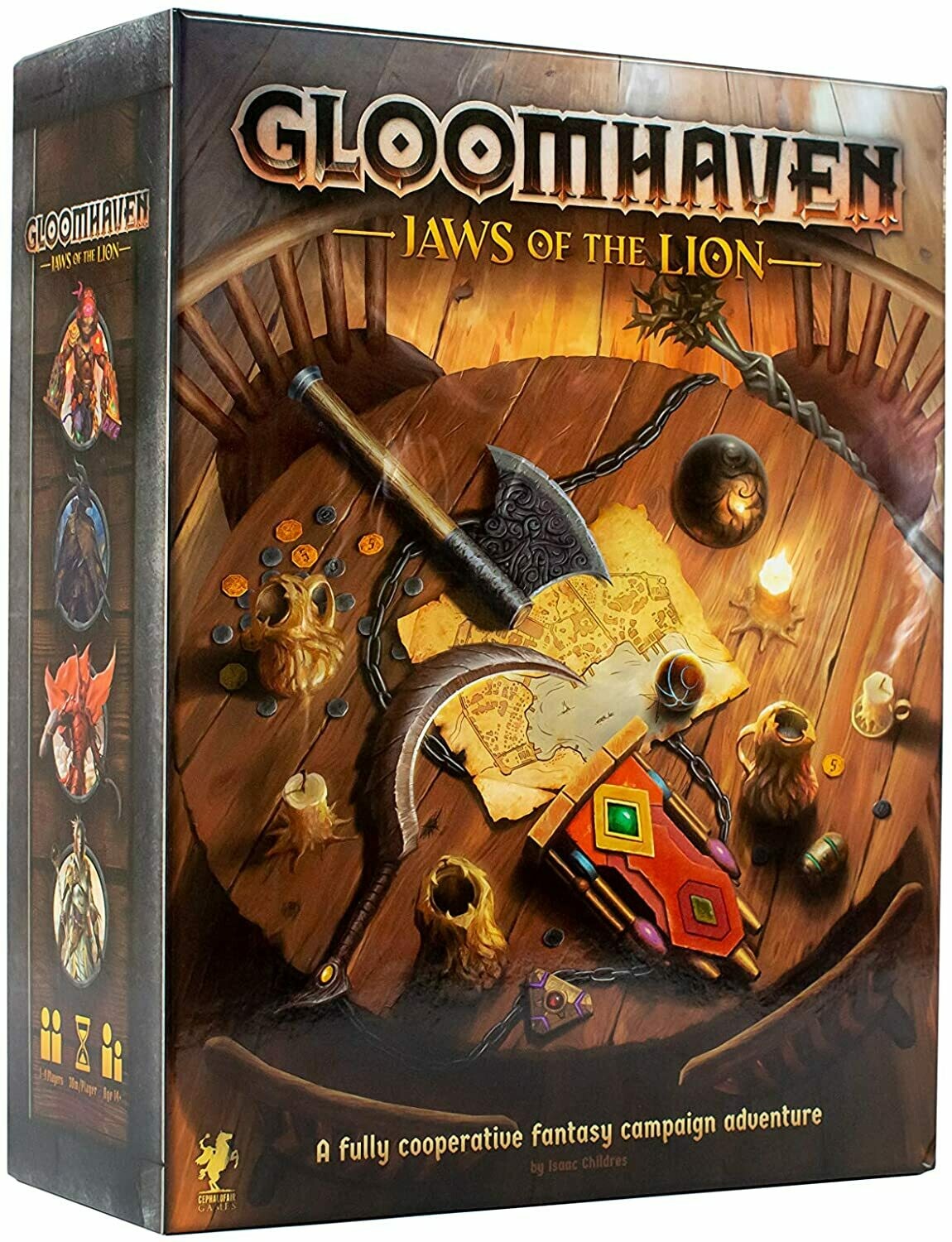 Gloomhaven: Jaws of the Lion

You are a member of Jaws of the Lion, one of the most infamous mercenary groups in this run-down backwater. When a sinister cabal starts disappearing the less fortunate of the city, it somehow falls to you to get to the bottom of it…so long as you get paid for your trouble.

Gloomhaven: Jaws of the Lion is a fully cooperative campaign game of tactical combat in a unique fantasy world. Players will assume the roles of hardened mercenaries and work together to fight through a campaign full of choices, challenges, and twists.

Each scenario offers stream-lined tactical combat without dice against fully automated enemies, where the right ability at the right time can mean the difference between success and failure.

You don’t need anyone to prepare the campaign or control the monsters. Just open the box and start playing together!

Play as a stand-alone game or as an expansion to Gloomhaven.