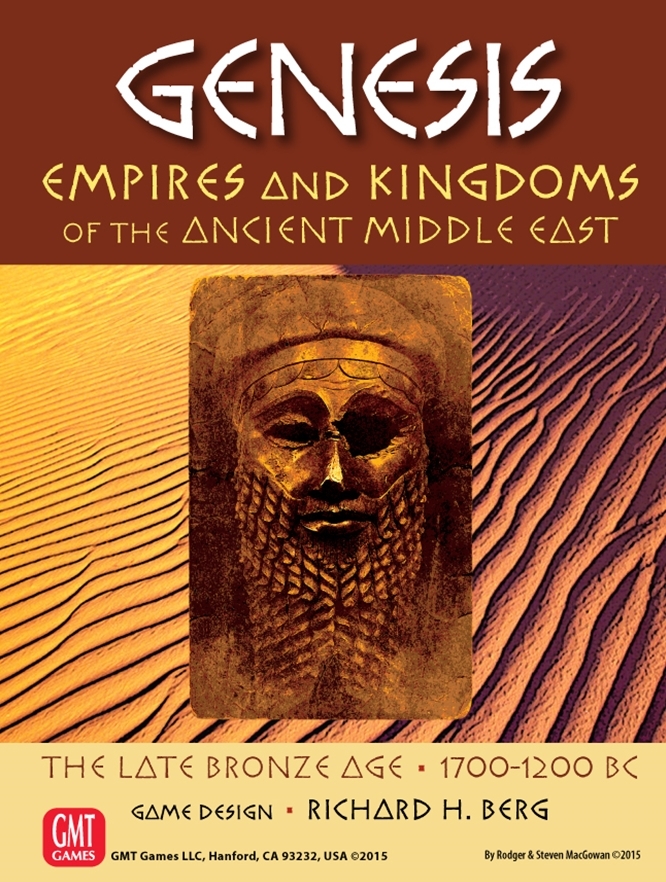 Empires and Kingdoms of the Ancient Middle East

Genesis is a campaign-level game covering the turbulent Late Bronze Age in the Middle East, where kingdoms rose and fell while establishing many of the systems and ways of life that underwrite Western Civilization. Much like its ancestor game, Pax Romana, Genesis is a game that provides the players with the historical dramatis personae and allows them to forge their own empires. It also has a great emphasis on the control of the important trade routes and commercial centers and the building of the spectacular monuments these civilizations left for posterity and wonder.

All the “high”-points of this era are included: lots of gods that have major effect on play (Astarte, Baal, Dagon, Marduk, et al), the rise of chariot warfare…

Of course, there are the cards (the game is not card-driven but card-augmented), such as:

Unit Scale: 500 men per Strength Point for infantry and 100 for chariots