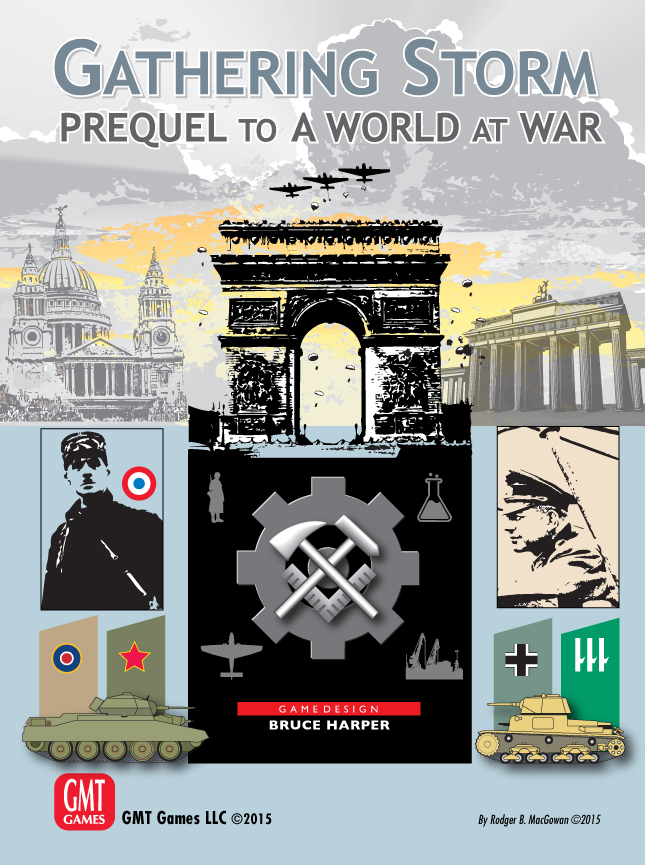 GMT-1502
$92.00
In stock
1
Product Details
UPC: 817054010868
Publisher: GMT Games
Players: 2-5
Complexity Level: 5 of 9
Solitaire Suitability: 2 of 9
Designer(s): Bruce Harper
Gathering Storm, both a game in its own right and a prequel to GMT’s A World at War, covers the period from 1935 to the outbreak of World War II, whenever that might be. Like A World at War, Gathering Storm, simulates the military, economic, political, diplomatic, research and production preparations for the Second World War, allowing the players to explore what might have happened if:

Gathering Storm,can be played as a separate game in a single session, with its own victory conditions, but A World at War players will want to press on and see how the war they have created plays out. While using different mechanics, Gathering Storm,’s structure is consistent with A World at War and allows for a seamless transition to whatever alternate war the players planned – or stumbled into. Some 30 years in development, with three years of design and play-testing, Gathering Storm, includes the following:

Gathering Storm is a must-buy for any committed A World at War player, an excellent – and possibly dangerously time consuming – introduction to the A World at War universe for those unfamiliar with that game, and a enjoyable and instructive fast-paced game all on its own.