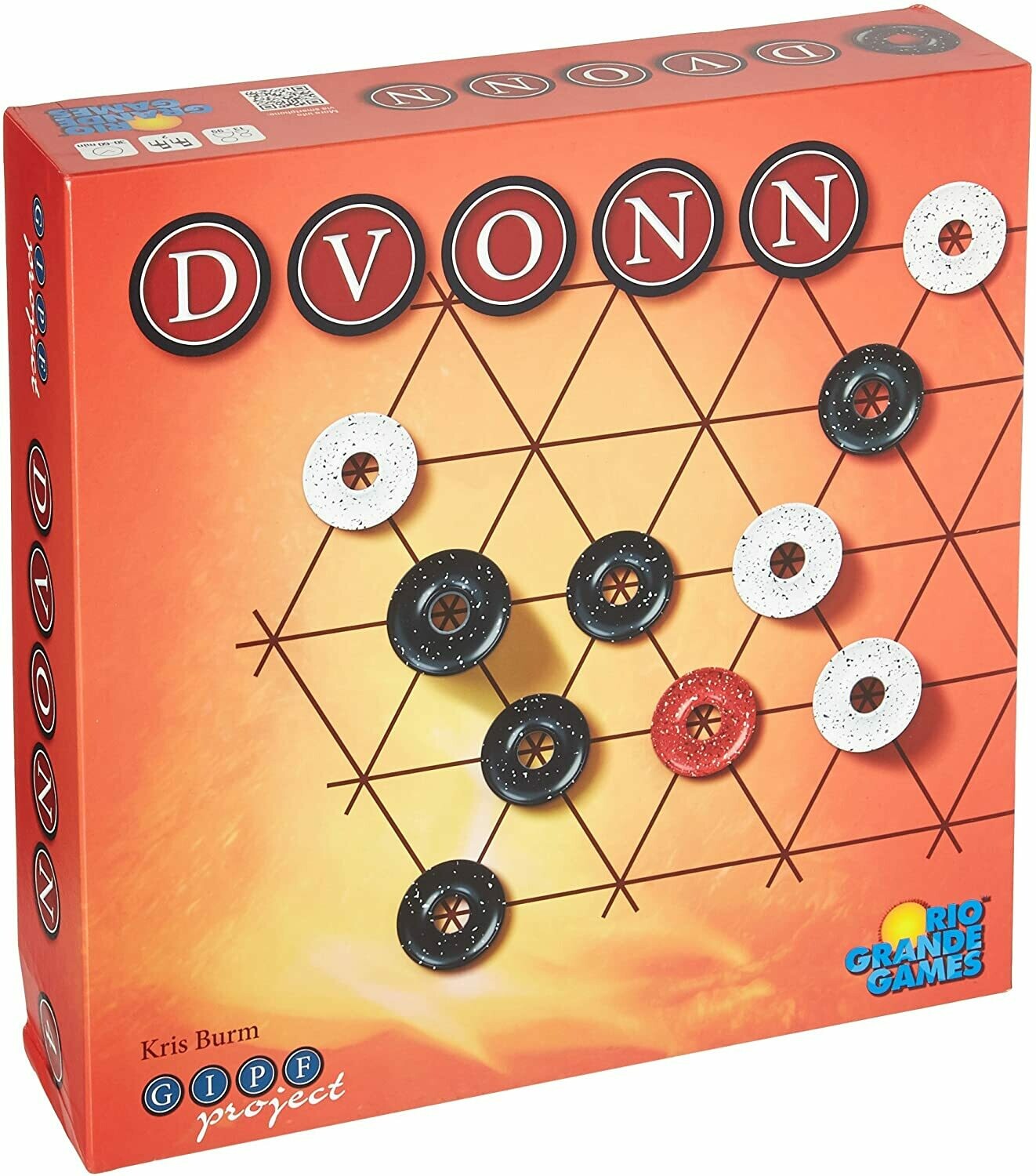 DVONN is a challenging stacking game with very simple rules. It is played with 3 red DVONN pieces, 23 white pieces, and 23 black pieces. The players must try to control as many pieces as possible by building stacks, preferably by jumping on top of their opponent's pieces. While doing so, pieces and stacks must remain linked to the red DVONN pieces. If not, they are out of the game! When no more moves can be made, each player puts their stacks on top of each other. The player with the highest stack wins the game! GIPF is the first and central game of Project GIPF, a series of 6 games for 2 players. TAMSK is the second game, ZERTZ the third, and DVONN the fourth. The Project is a system that makes it possible to combine games - not only the games of the project itself, but any game or challenge. This system is based on the use of potentials. Each game of the project introduces its own new potential into GIPF.