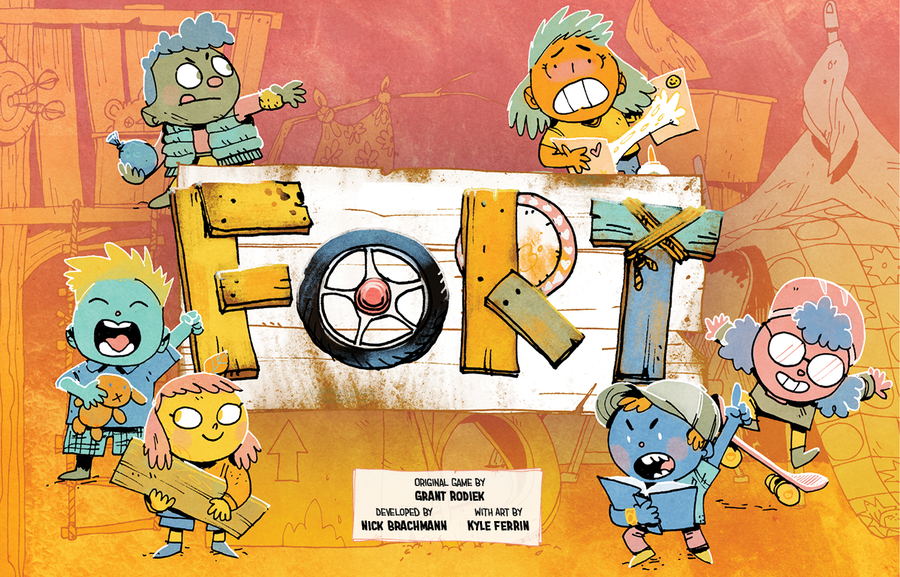 Fort is a card game for 2–4 players about building forts and making friends.

In Fort, you’re a kid! And like many kids, you’ll grow your circle of friends, grab a bunch of pizza and toys, and build the best fort. By drafting and playing cards you’ll take actions on your turn, but your cards also let you copy the other players’ actions on their turns.

Will you devote yourself to your own posse or follow the leader?

From the Designer Grant Rodiek, Fort is a clever deck building game where you take on the role of a kid, and like many kids, you want to grow your circle of friends, collect pizza and toys, and build the coolest fort.

By doing this cool stuff, you'll score victory points, and at the end of the game, the player with the most victory points wins! Your cards not only let you take actions on your own turn, but also let you follow the other players' actions on their turns. Will you devote yourself to your own posse, or copy what the other kids are doing?

But be careful as your carefully constructed deck might start losing cards if you don't actually use them. After all, if you don't play with your friends, why should they hang out with you anymore?

Unlike most of Leder’s previous games like Vast and Root, Fort isn’t an asymmetric game. (It’s okay, we are still on brand, I promise.) This means they teach and set up are quick and simple, but by no means does the game lack depth. On your first play we recommend the random setup—along with your two starting cards, called your Best Friends, you will draw eight more random cards to make a deck of ten. Once you’ve learned the game, you can explore a new way to set up—the draft! In this mode, you'll choose certain kids to join your posse before the other players get a chance to snag them, building your deck from scratch.