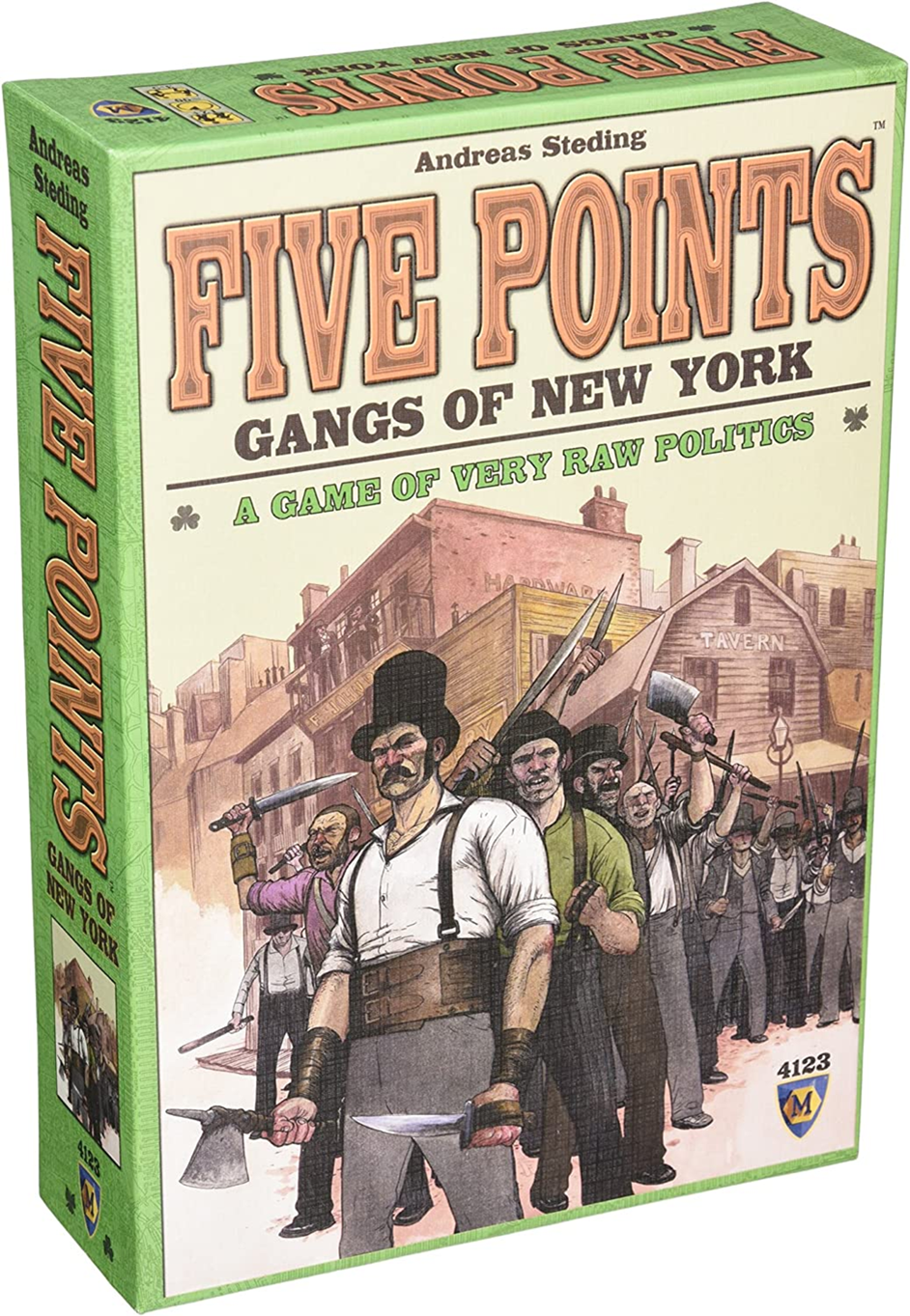 The name "Five Points" evokes images of poverty, rampant crime, decadence and despair. That's true. The Five Points area of New York in the mid-1800s was a lurid geographical cancer filled with dilapidated and unlivable tenement houses, gang extortion, corrupt politicians, dance halls and drunkenness and gambling. This was a place where all manner of crime flourished, the residents were terrorized and squalor prevailed. This is the setting over many decades through the nineteenth century.

Five Points: Gangs of New York is a game of struggle for political control of Manhattan in the mid-19th century. As the leader of a powerful political faction, you manipulate gangs and influence politicians behind the scenes to seize control. Effective use of your resources will gain influence, win elections, and let you control the destiny of New York; fail and you will be less than a footnote to history.

Several tools lie at your disposal if you have the strength to acquire and use them. Your loyal rabble will execute your will. Controlling districts with your rabble could give you access to a limited number of important buildings: Tammany Hall, Board of Elections, 5th Ward Offices and many others. Your control of these buildings may provide influence and special powers. Bid for control of election-influencing manipulations that may swing the vote.

In Manhattan, your burgeoning political machine may affect politics in America's great city for over 100 years. At the heart of this machine are the gangs of New York who enforce the will of the bosses and determine elections before the first vote is cast.