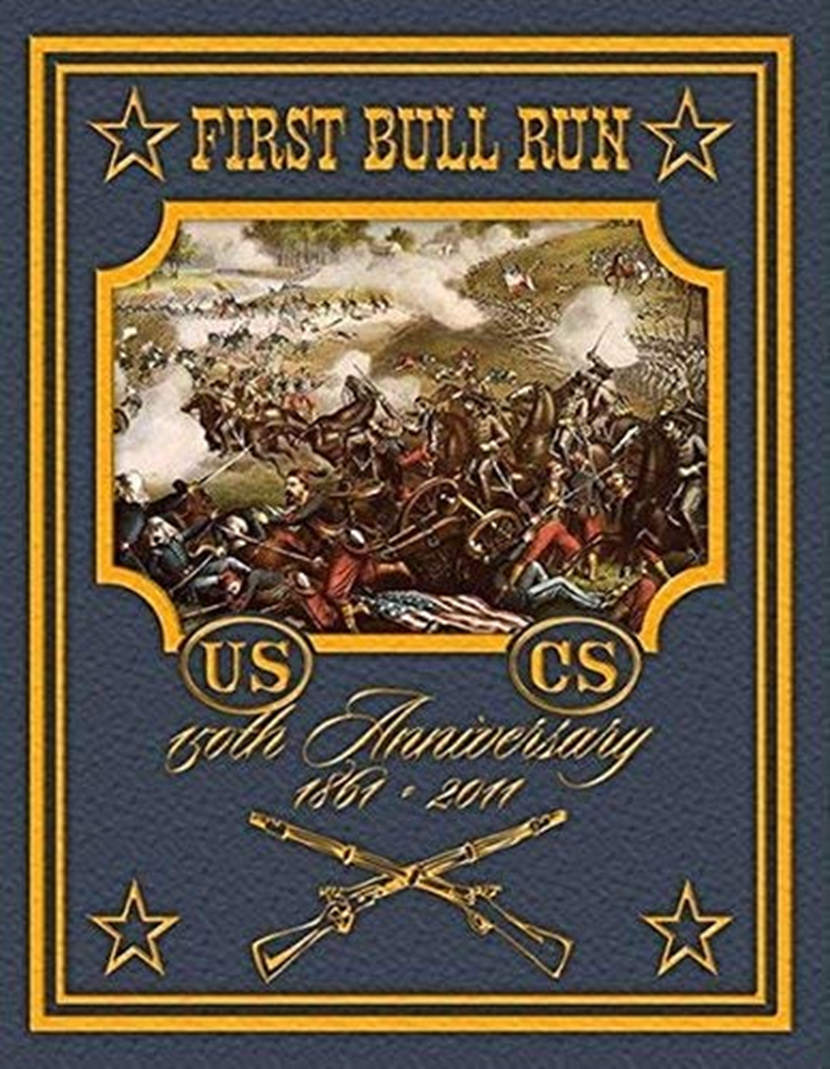 July 21, 1861: In northern Virginia two raw armies prepare to do battle in what each believes will be a short war. Spectators have gathered for the spectacle. Both sides are in for a shock as this will be the first major battle in a war that will last another four years and consume 600,000 lives.

Now for the 150th anniversary of the battle, Worthington Games brings you, First Bull Run: 150th Anniversary Edition. Players will take control of either the Confederate and Union armies, blue and gray wooden blocks with labels, on a mounted 22" x 17" map of the Manassas area, cards, and rules. The game will come with a certificate stating that it is a copy of 525 limited edition.

First Bull Run: 150th Anniversary Edition lasts nine turns, with each player receiving 8-14 cards per turn from an individual deck of 20 cards. Each turn is divided into a number of rounds, with players alternating rounds until both pass or both run out of cards; during a round, a player can play 0-5 cards, using each card for its movement point value or its action. After playing one or more cards in a round, the active player can attack a defender's units with adjacent, facing units. Each unit may move/attack or be attacked only once per round.

At the end of the game, players score victory points for the opposing units they've eliminated as well as the victory point locations they occupy. Whoever scores more points wins.