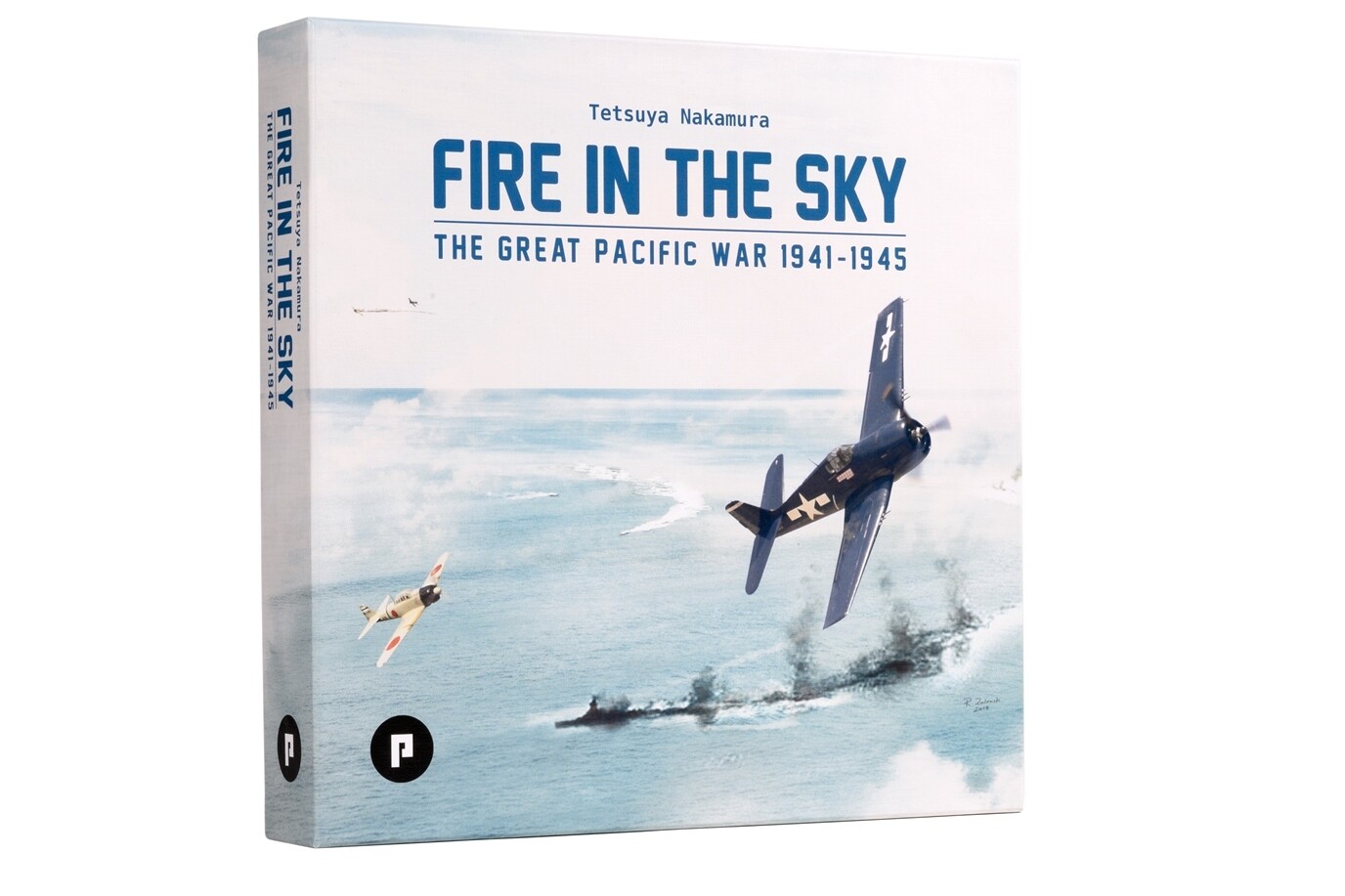 Fire in the Sky is a two-player game of strategical rivalry and tactical responsiveness set in during the Pacific War, which stretched between Pearl Harbor attack on December 7th 1941 and Hiroshima and Nagasaki obliteration in the atomic hellfire in August 1945. During 16 phase-based turns, you will attempt to conduct successful attacks on your opponent’s units, break loose from the sea siege or simply outsmart your enemy so craftily that his willingness to carry on would be crushed. You shall not forget about the logistics – spend your transportation points wisely and supply your units with oil or they end up as unarmed stationary ducks, an easy prey for enemy diving bombers or destroyers.

Fire in the Sky provides you with a long, well-balanced gameplay. Choosing Japanese side of the conflict, gather as many points as possible (20 of them and your victory is immediate) in the first couple of turns and prevent your Allied opponents from retaking them late in the game. Positive victory points at the end of the game for the Land of the Rising Sun means it wins. Every other result makes Allied forces a winner.