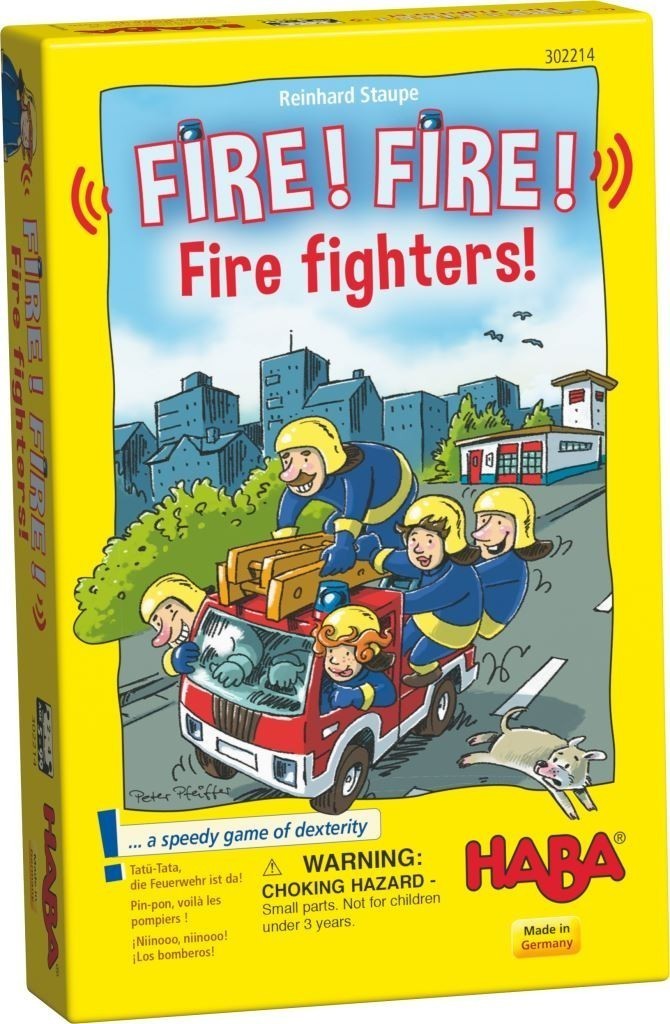 Fire! Fire! In Firecreek, Bill Butcher’s favorite sausage is in flames. It’s time for Fred Fire Chief and his four fellow fire fighters to get moving. Unfortunately, two of the fire fighters overslept and are too late to join the crew. The fire truck has to rush off without them before Bill’s butcher shop is burned to a crisp. The fire fighter who puts out the most fires wins the game and is the best fire fighter in the city. In typical HABA fashion our inventors have thought of yet one more creative way to move the play figures - in this one you are literally driving your firetruck with one finger!