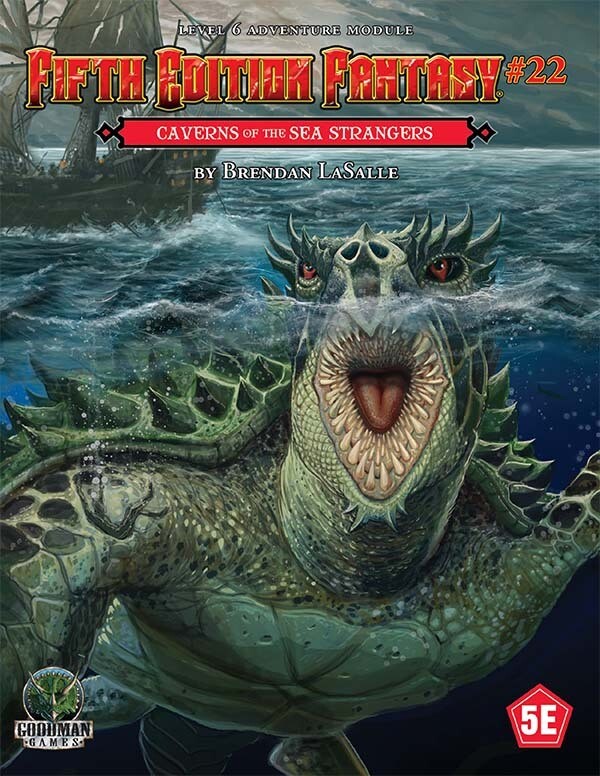 Local magistrates hire your party to find a pirate captain, suddenly active again after having disappeared for many years. His trail leads to Catastrophe Rock, a barren island surrounded by a dangerous atoll known as a death trap for ships. You must brave the dangerous waterway, find the villain’s lair, and put an end to his days of plunder and killing!

But is there something even more sinister behind the recent spate of pillaged ships? And what secrets may bold searchers find within the ancient caverns of Catastrophe Rock? How will you fare against the tricks, traps, and illusions of these master deceivers? What hope have you against the monstrous denizens and the Sea Strangers themselves? And how will you escape this lonely place to tell the tale?

Caverns of the Sea Strangers is an all-new 5E sea adventure and dungeon crawl suitable for a group of 6th-level characters. The adventure contains a complete adventure, new monsters, and a magical artifact that might take your campaign in an entirely new and exciting direction.