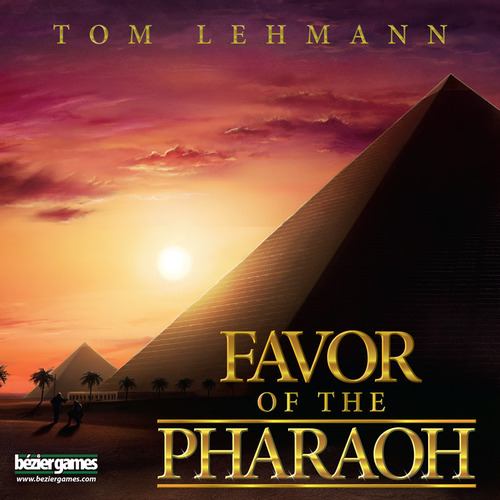 Favor of the Pharaoh

SKU BEZ-FOTP
$56.95
In stock
1
Product Details
In Favor of the Pharaoh, players roll dice to advance in Egyptian society, each turn gaining a new contact and more influence. These contacts give players more dice to roll or special powers to adjust those dice. The game culminates in a tense final roll-off as players vie for the Pharaoh's favor.
This re-imagining of Tom Lehmann's earlier game "To Court the King” boasts over 50 different characters, each of whom has a unique ability. In each game, only 21 of those characters are used, increasing variety and replay value. Also new are 6 different custom dice with special abilities, special Immediate dice, and bonus tokens that are used to tweak players' rolls.