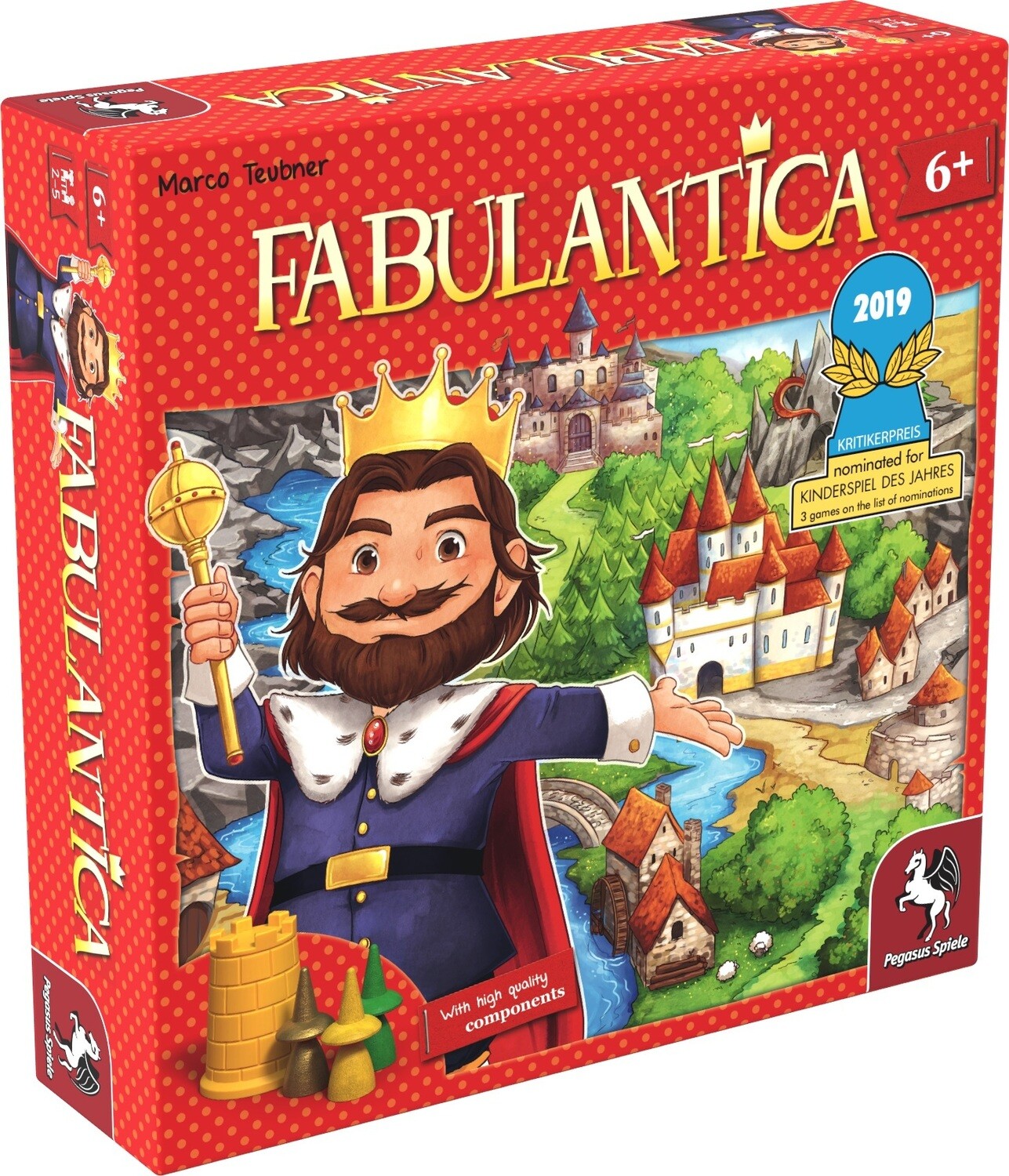 A spell that went wrong has dispersed the inhabitants of Fabulantica throughout the entire land. Confused as to what has happened, the inhabitants take cover in the towers where they wait for help, since nobody knows where the others have got to. That’s up to the players to find out. At all times 3 open mission cards are pending, each requiring players to find a specific resident first and then look for their friend. To do so, players play travel cards that correspond with the four kinds of paths, to move across the board, or they use the Magic Carpet and travel to a location of their choice. The resident in each tower is revealed to all players, when their current location is visited – but if that resident was part of the active players’ mission, the resident including the tower changes their position. The player who cleverly plans their travels, remembers the residents’ locations and fulfills three mission first, wins.

With accessible rules Fabulantica challenges players from age 6 and up to make the best out of their hand cards, to pay close attention at all times so that no residents “disappear” again, and move efficiently to succeed.