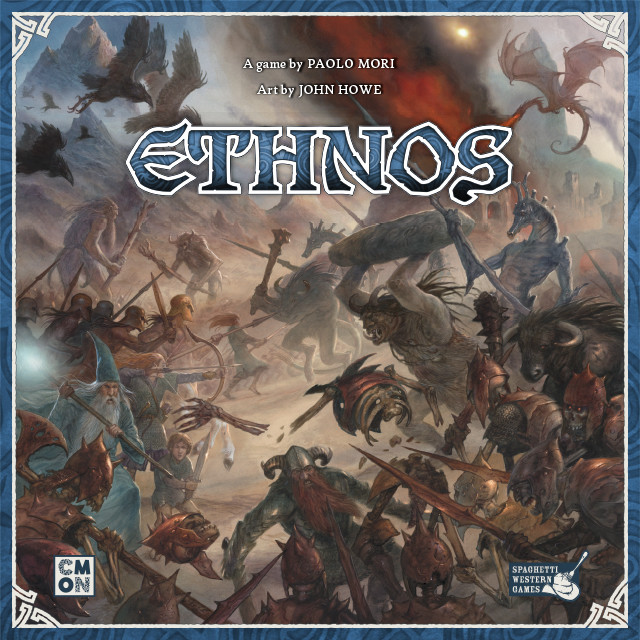 Unite the Scattered Tribes of Ethnos and Lead Them Into a New Age!

Ethnos is a mythical realm filled with creatures big and small. As the last Age ended, war and revolt left the inhabitants without someone to lead them into their future. Giants, Dwarves, Elves, and Centaurs have not traditionally gotten along, but a leader is a diplomat as much as a warrior. Now, you’ll have to bring the residents of Ethnos together under one rule. Over the course of three Ages, you will gather followers and convince them to band together to conquer the six Kingdoms. Featuring a classic design by Paolo Mori and breathtaking illustrations by legendary artist John Howe, Ethnos transports you to a world on the brink of disaster. Only a steady hand and a pure heart will be able to lead the inhabitants of Ethnos into the future.

In each game of Ethnos, you'll use only six of the twelve different Tribes. The combinations and results of the games will vary wildly, begging players to revisit often to see how each new game will unfold.