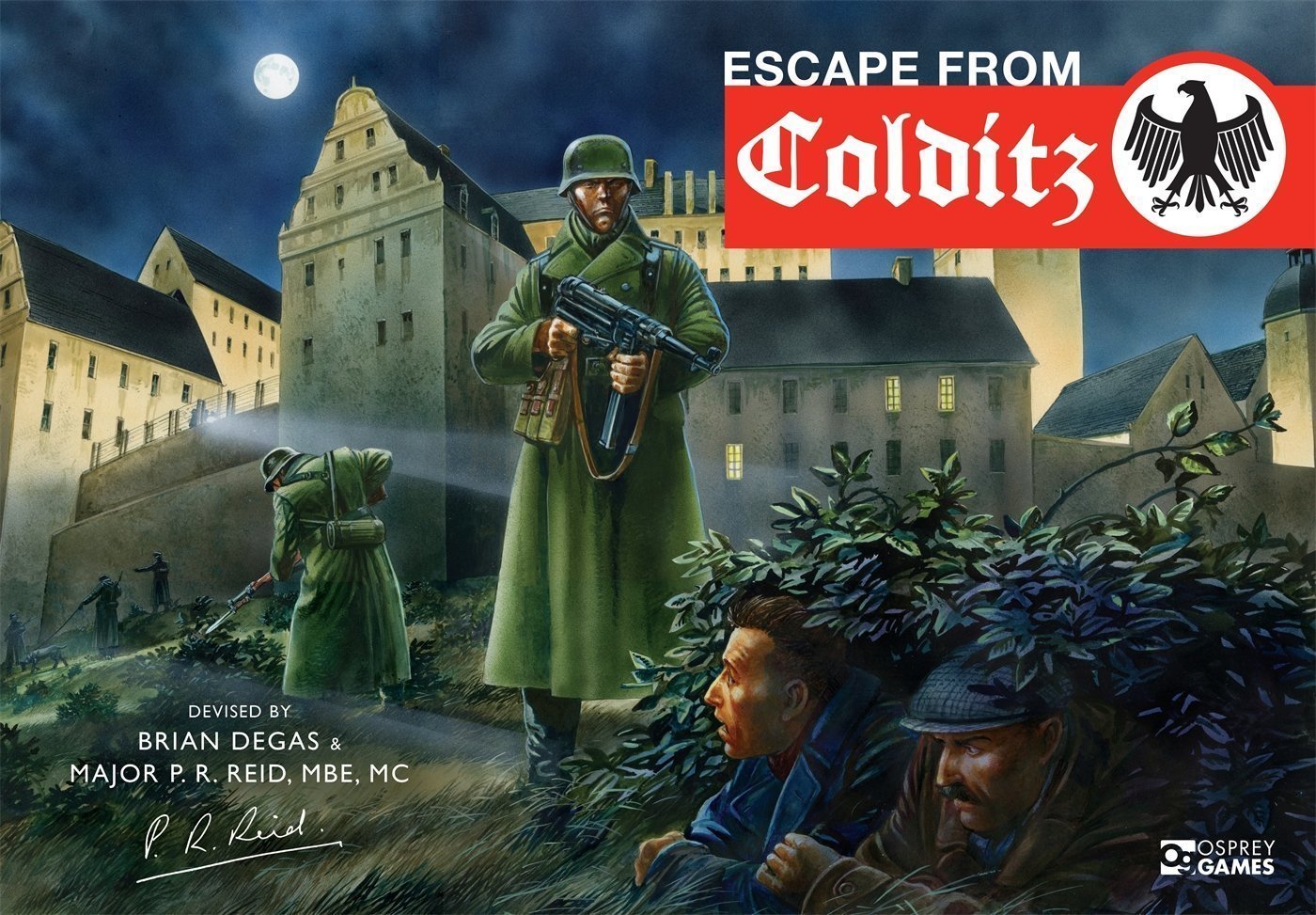 An impregnable fortress. An inescapable prison. Until now.

Designed by Major Pat Reid, one of only a handful of prisoners-of-war to escape Colditz Castle, and screenwriter Brian Degas, Escape From Colditz is the iconic game of careful planning and nerves of steel.

This deluxe edition of the classic game for 2 to 6 players includes both original and updated rules, new hand-painted artwork, an oversized board, 56 wooden playing pieces, 100 fully illustrated cards, a 32-page history book, and unique replicas of artefacts from the prison.

Seventy-five years ago, Major Reid braved barbed wire, searchlights, and armed guards to Escape from Colditz. Now it's your turn to do the same.

Major Pat Reid, OBE, was a British Army officer and prisoner of war during World War II. Held in the infamous Colditz Castle, a Nazi prison designated for troublesome enemy combatants, he is one of the few prisoners who managed to escape. He is also the author of two books about his experience in Colditz, The Colditz Story and Latter Days at Colditz, which form the basis for the prison's lasting appeal in popular culture.Brian Degas is a script writer and producer, best known for his work on Barbarella, Danger: Diabolik, and the BBC's iconic Colditz series. A close friend of Pat Reid, they worked closely together to create recreate the tension and daring of Major Reid's escape, making Escape from Colditz a household name.Peter Dennis was born in 1950. Inspired by contemporary magazines such as Look and Learn he studied illustration at Liverpool Art College. Peter has since contributed to hundreds of books, predominantly on historical subjects, including many Osprey titles. A keen wargamer and modelmaker, he is based in Nottinghamshire, UK.