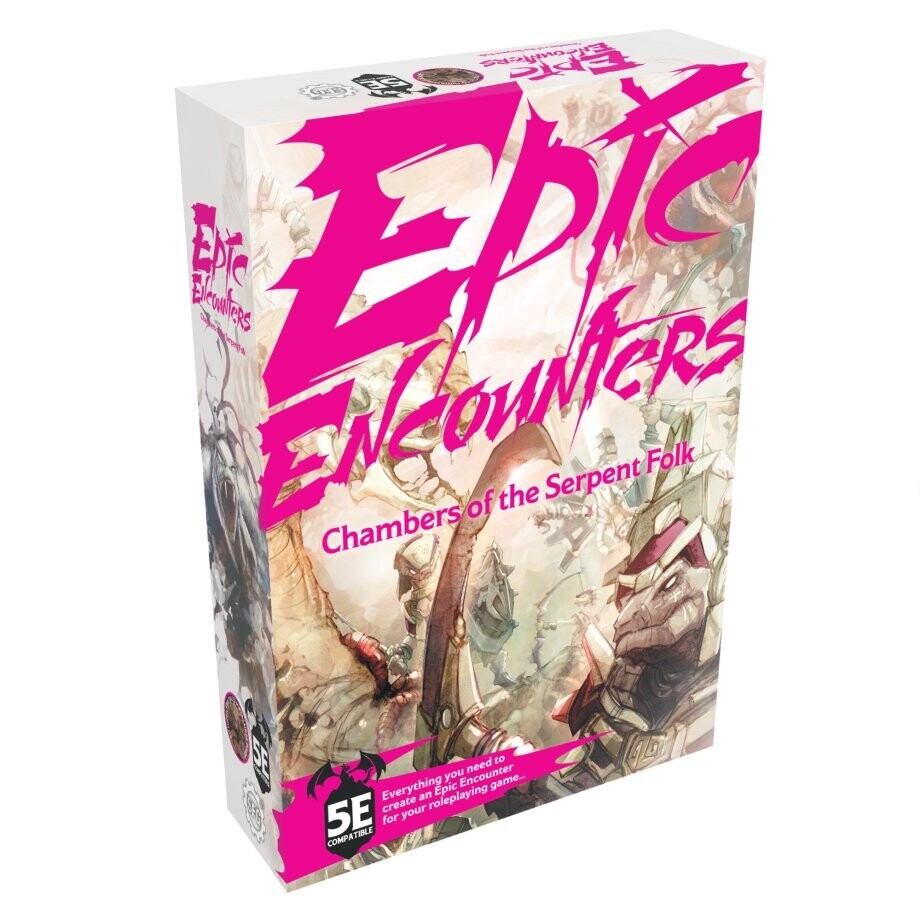 Grab an EPIC encounter for your next fantasy roleplaying game! Made for new and experienced players, every Epic Encounters set features an all-in-one boxed encounter that’s 5e compatible and ready to play.

Long ago, the Serpent Folk ruled the world. Now, their forgotten temple echoes with the screech of sarcophagus lids shoved aside as their scaled hands emerge. Now, they are awake. And they are wanting. Can you stop them before they reclaim the world that was once theirs?

Make your next game night one to remember. With just one box, you can run an awesome, cinematic hydra fight your players will be talking about for weeks!

Use Chambers of the Serpent Folk as a standalone encounter or as part of a new or existing RPG campaign. Feeling brave? Then combine this set with the boss box, Temple of the Snake God, for a truly epic experience!