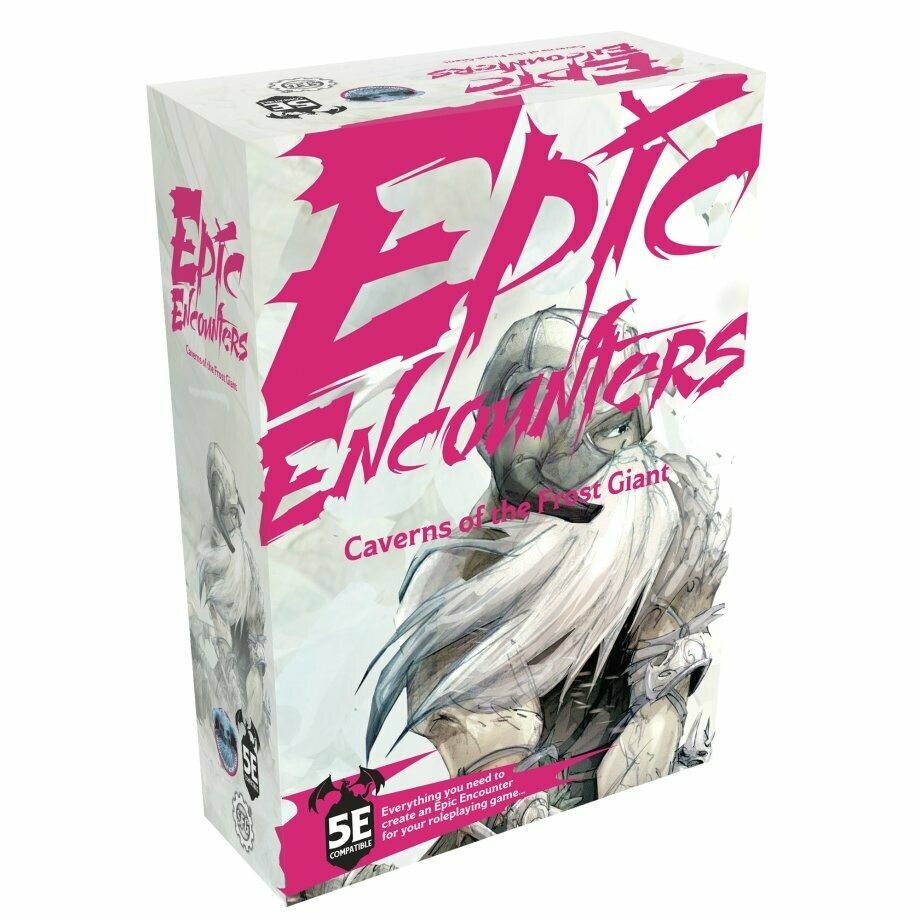 Grab an EPIC encounter for your next fantasy roleplaying game! Made for new and experienced players, every Epic Encounters set features an all-in-one boxed encounter that’s 5e compatible and ready to play.

Caverns of the Frost Giant will slide you into the fray against a hard headed frost giant! Inside, you’ll find everything you need to run a chilling encounter, including a highly detailed frost giant mini and enough prompts and stats to illuminate your imagination.

Tread carefully when entering the giant’s frozen lair. These tyrants have a nasty habit of laying murderous traps...

Use Caverns of the Frost Giant as a standalone encounter or as part of a new or existing RPG campaign. Ready to embrace the freeze? Then combine this set with Hall of the Orc King for a truly epic experience!

Make your next game night one to remember. With just one box, you can run an awesome, cinematic frost giant fight your players will be talking about for weeks!