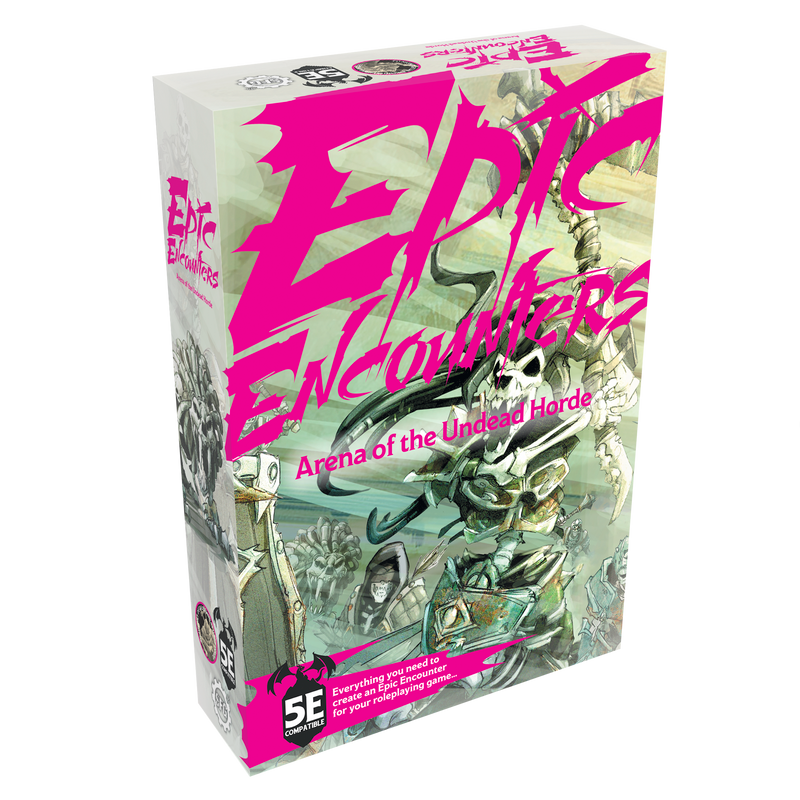 Venture into a crumbling arena of undead gladiatorial combat with this Epic Encounters warband box!

In the heart of a ruined city stands a giant, moldering arena. The crowd’s raucous jeers echo endlessly round this sinister coliseum. But their savage cries are not borne of living throats. Skeletons, specters, and shambling hordes of undead stand witness to a gladiatorial contest between their human captives. Perhaps it’s jealousy that drives their bloodlust. Or maybe cruel joy at seeing another spark extinguished. Whatever their motive, they’re out there. Cheering your impending death. Will you survive the Arena of the Undead Horde?

Inside this warband box, you’ll find everything you need to challenge the Undead Horde, including 20 highly detailed minis and an adventure book woven with information to fuel your imagination.

Can you survive the arena? Use Arena of the Undead Horde as a standalone encounter or as part of a new or existing RPG campaign!

Made for new and experienced players, every Epic Encounters set features an all-in-one boxed encounter that’s 5e compatible and ready to play as part of a new or existing roleplaying campaign.

Make your next game night one to remember. With just one box, you can run an awesome, cinematic fight your players will be talking about for weeks!