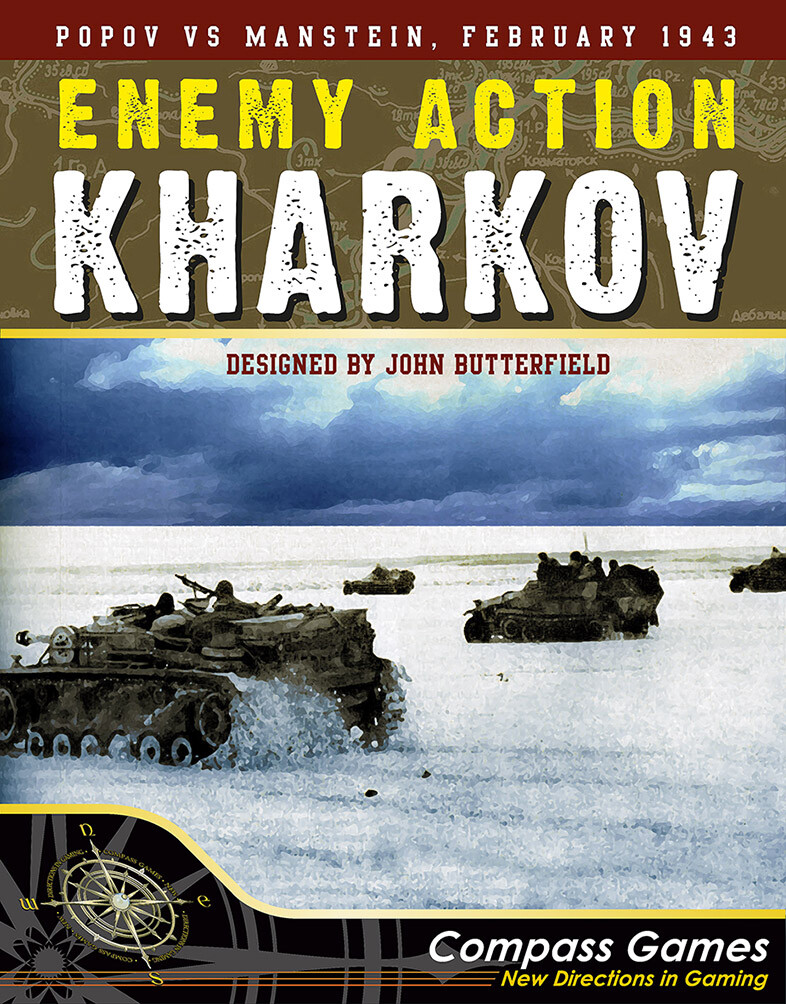 Enemy Action: Kharkov is the second game in John Butterfield’s acclaimed Enemy Action series of card-driven games simulating pivotal battles in World War II, playable by two players or one player controlling either side in the conflict.

Enemy Action: Kharkov portrays the Third Battle of Kharkov, the key Eastern Front battle in which the German Army ended a string of Soviet victories begun at Stalingrad. In the late winter of 1943, Soviet Operations code-named Star and Gallop drove the Germans from the city of Kharkov and threatened a complete breakthrough, only to be driven back by the German counteroffensive known as Von Manstein’s Back Hand Blow.

Each volume in the Enemy Action series features:

The solo games add fog of war to the experience.Many enemy unit locations in the solo games are unknown until your forces move to contact.Enemy units behind the front line often disappear to reappear elsewhere, within realistic movement limitations.

Time - Three days per turn, with several impulses in each turn.