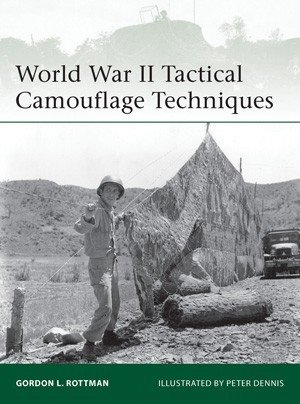 This book explains and illustrates the actual materials and techniques adopted (both successfully and unsuccessfully) by tactical units - i.e. the concealment of personnel, weapons, equipment, field positions, and movement by infantry riflemen and weapons crews, artillerymen, and vehicle crews. It covers all areas and seasons in the European and Mediterranean theaters of operations, for the US, British, German, and Soviet armies. It includes camouflage of the person, personal equipment, and weapons; natural materials and "expedient” techniques; issued camouflage materials such as nets, ponchos, etc; the principles of camouflaging equipment and vehicles, of positioning and terrain integration, the effects of light and shadow, and the use of decoy and dummy positions. Featuring meticulous full-color artwork and specially selected period photographs, this absorbing study casts new light on the camouflaging techniques developed by the major armies of World War II on a host of European battlefields.