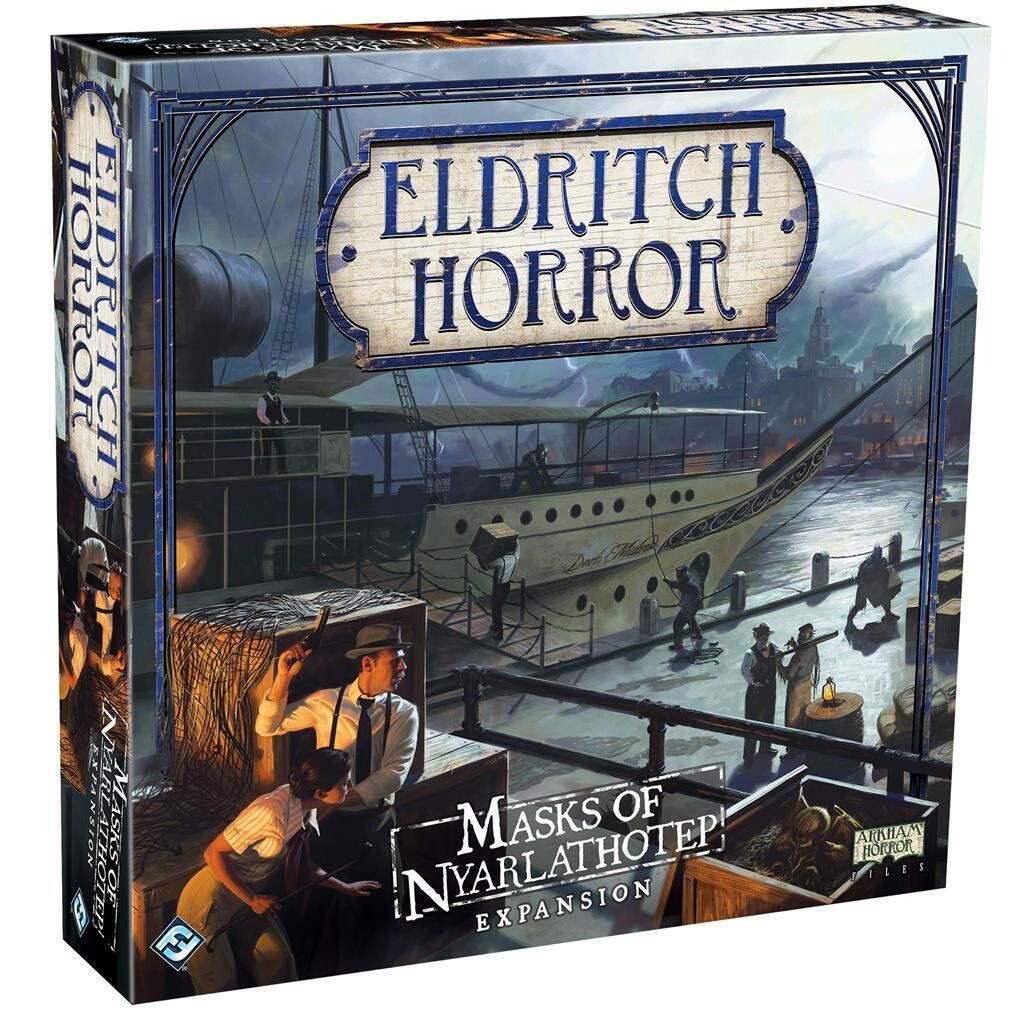 Eldritch Horror: Masks of Nyarlathotep is an expansion for Eldritch Horror, a cooperative board game for one to eight players in which intrepid investigators must traverse the globe in an attempt to thwart the cataclysmic rise of an otherworldly Ancient One. Strange cults are gathering strength in remote corners and bustling cities all over the world. Though they seem to worship different gods, the investigators have found a thread that runs throughout all of the cultists’ horrific rites.

In Masks of Nyarlathotep, each of these sects pursues the awakening of an aspect of the same horrific creature: Nyarlathotep. This being is known as the Messenger of the Outer Gods, and he is the only Ancient One that still actively walks among humanity. The investigators must work to stop the cults springing up to serve his many guises, or Nyarlathotep will gain enough strength to open the Ultimate Gate, ushering in an unthinkable doom. Strike down these cults in new Adventures, explore ancient mysteries among new Mystic Ruins, and destroy the monstrous followers of Nyarlathotep. New to this expansion, Personal Stories unique to each character add stakes to the actions undertaken by each investigator, and a Campaign mode adds a fresh challenge and enriches the narrative of the investigators’ struggles to stop the many cults worshipping the multitude of faces worn by one dread being in Eldritch Horror: Masks of Nyarlathotep!