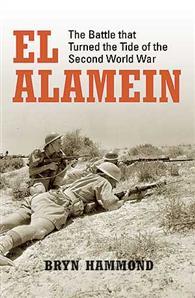 El Alamein: The Battle that Turned the Tide of the Second World War

Before the Battle of El Alamein in 1942, the British had never won a major battle on land against the Germans; nor indeed had anyone else. Drawing on a remarkable array of first-hand accounts, this book reveals the personal experiences of those on the frontline and provides fascinating details of how the war was actually fought. It also includes analysis of the strategic decisions made by the generals. El Alamein 1942 is the story of exactly how a seemingly beaten and demoralized army turned near-defeat into victory in a little over four months of protracted and bloody fighting in the harsh North African desert.