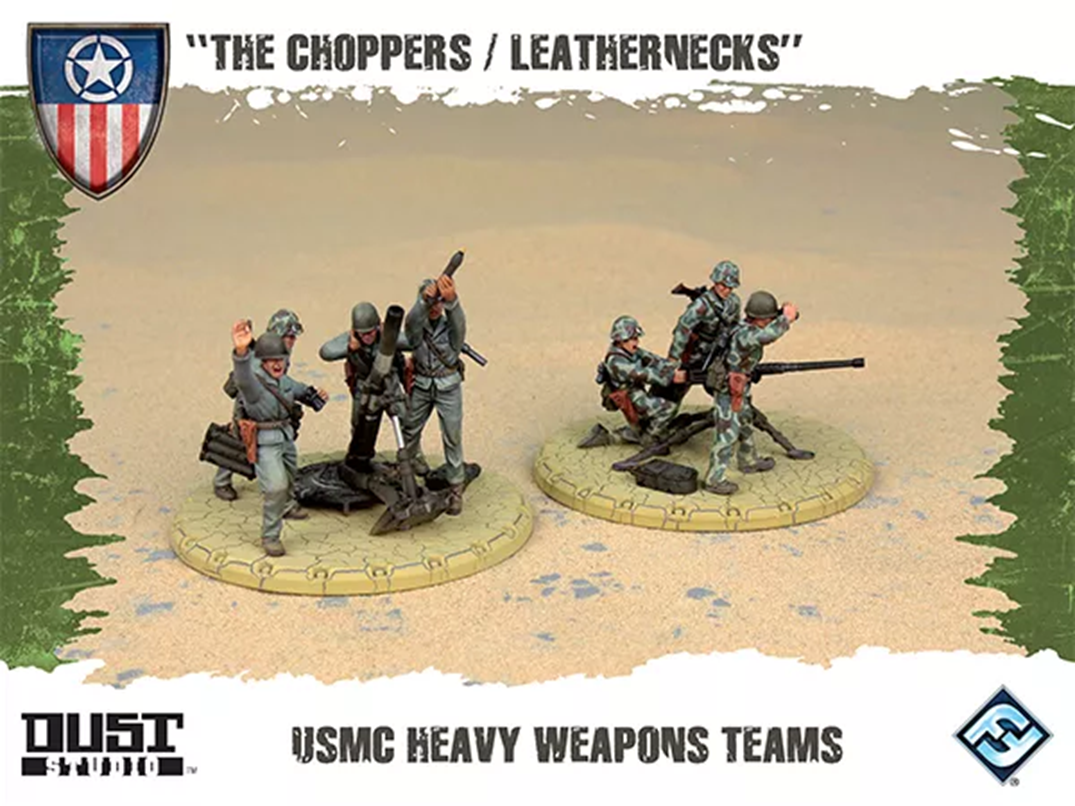 In the alternate-reality 1940s of Dust Tactics and Dust Warfare, the United States Marine Corps have come to value the ability to move quickly over terrain, and a small team carrying heavy weaponry is sometimes the best option for getting fire support into position. The two squads of the Dust Tactics: USMC Heavy Weapons Teams are veterans of many campaigns, men who remain fearless even when heavily outnumbered.

With their .50 cal machine gun, The Choppers serve primarily as defensive support for allied units. When placed in cover, or inside a building, The Choppers can work wonders!

The Leathernecks weapon team has traded its .50 cal. for a 120mm heavy mortar, one of the most reliable weapons you can find for harsh environments. The mortar never jams, is easy to clean, and can be quickly moved from place to place. It also delivers quite a punch!