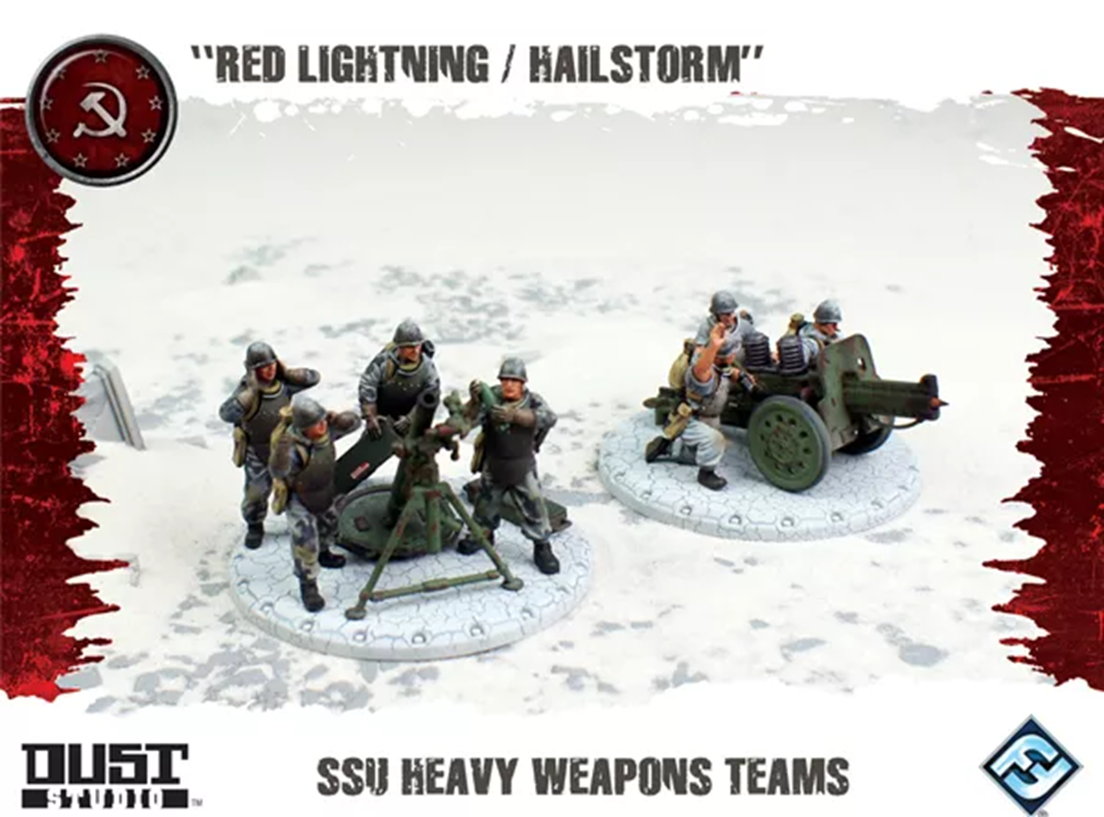 The Dust Tactics: SSU Heavy Weapons Team is focused on bringing some seriously big guns to the Sino-Soviet infantry. The unit known as Hailstorm looks to pelt their enemies with a 120mm Mortar capable of loading two different types of ammo. Having seen the effectiveness of Tesla weapons when mounted on tanks, the engineers and factories of the SSU have worked feverishly to adapt these incredible pieces of machinery for their infantry. The Red Lightning unit leverages new Tesla Weapon technology with extremely deadly effects.