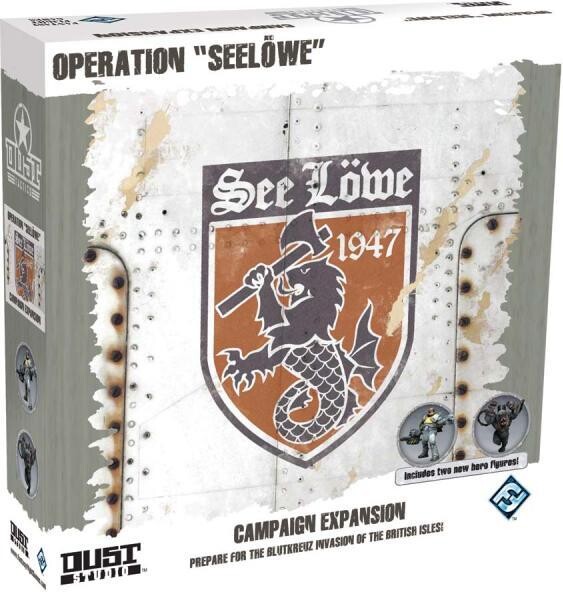 The Allies are desperate; they face catastrophic losses across the coast of Great Britain. With the situation so dire, they have no choice but to split their focus, sending Her Majesty's fleet to face the Axis Kriegsmarine in the Channel, and leaving the naval base at Scapa Flow defenseless...or so it seems.

Operation "SeeLöwe" (Operation Sea Lion!) offers players eight new exciting scenarios that aren't restricted by a fixed number of army points. New tiles introduce buildings into the game, offering players new tactical decisions in an urban environment. New rules and new super strong and inhuman heroes further immerse you into this stimulating expedition. Also included in Operation "SeeLöwe" is the untold history of the Axis and one of the cornerstones of their forces: the Blutkreuz Korps. Uncover truths known only to a select Axis few.

Introducing a new level of strategy to your Dust Tactics gaming experiences, Operation "SeeLöwe" assures that the battlefield will never be the same.