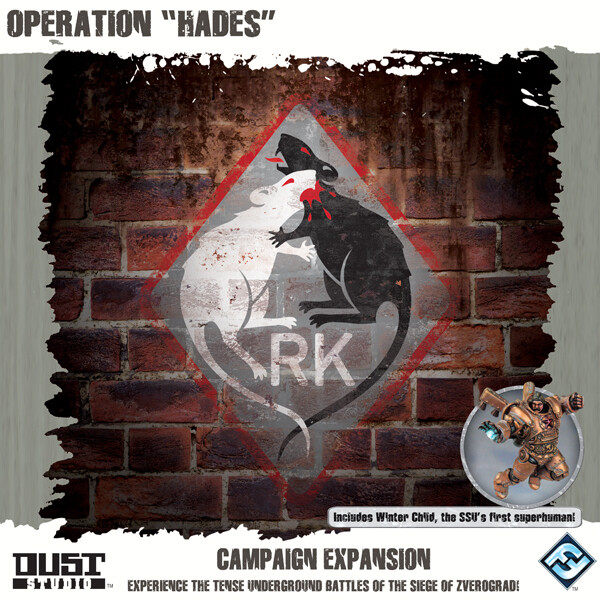 The fifth campaign expansion for Dust Tactics, Operation "Hades" introduces new rules for subterranean warfare, superhuman soldiers, new skills, and richly detailed information about the city and battleground of Zverograd. It also brings you thirty-one tiles, a Zverograd city poster, a map of the Zverograd metro, six new scenarios, and over two dozen objectives to serve as the basis of your own scenarios. Finally, Operation "Hades" marks the arrival of Winter Child, the game's first superhuman soldier.

During underground combat, troops must cope with dim lighting and confined quarters. There is very little light beneath the city of Zverograd. Units can hear enemies coming, but they are hard to make out in the darkness. As a result, it's not uncommon for soldiers in such tense conditions to fire blindly into the shadows ahead of them when they hear enemies approaching. The darkness of the underground grants a unit increasing levels of cover the farther it is from an attacking unit, and units cannot target foes with four or more spaces between them.
Save this product for later
Display prices in: USD
1-513-201-7672
mrb.rockinbgames@gmail.com
www.shop.rockinbgames.com