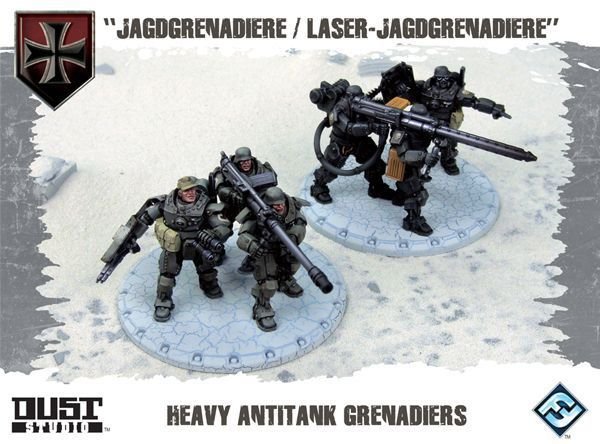 The development of heavy body armor allowed the Axis to deploy its soldiers into the deadliest of combat zones at lightning speed, often well before they could mobilize long-range support. Axis engineers worked tirelessly to develop long-range weaponry for these elite soldiers, and the result was the Caseless PaK 7.5 cm. With this formidable weapon, the Axis Heavy Antitank Grenadiers are deadlier than ever.

The Heavy Antitank Grenadiers share a single base and come with a special card with three health boxes, like on a hero card. This single expansion comes with options for two separate unit configurations.
Save this product for later
Display prices in: USD
1-513-201-7672
mrb.rockinbgames@gmail.com
www.shop.rockinbgames.com