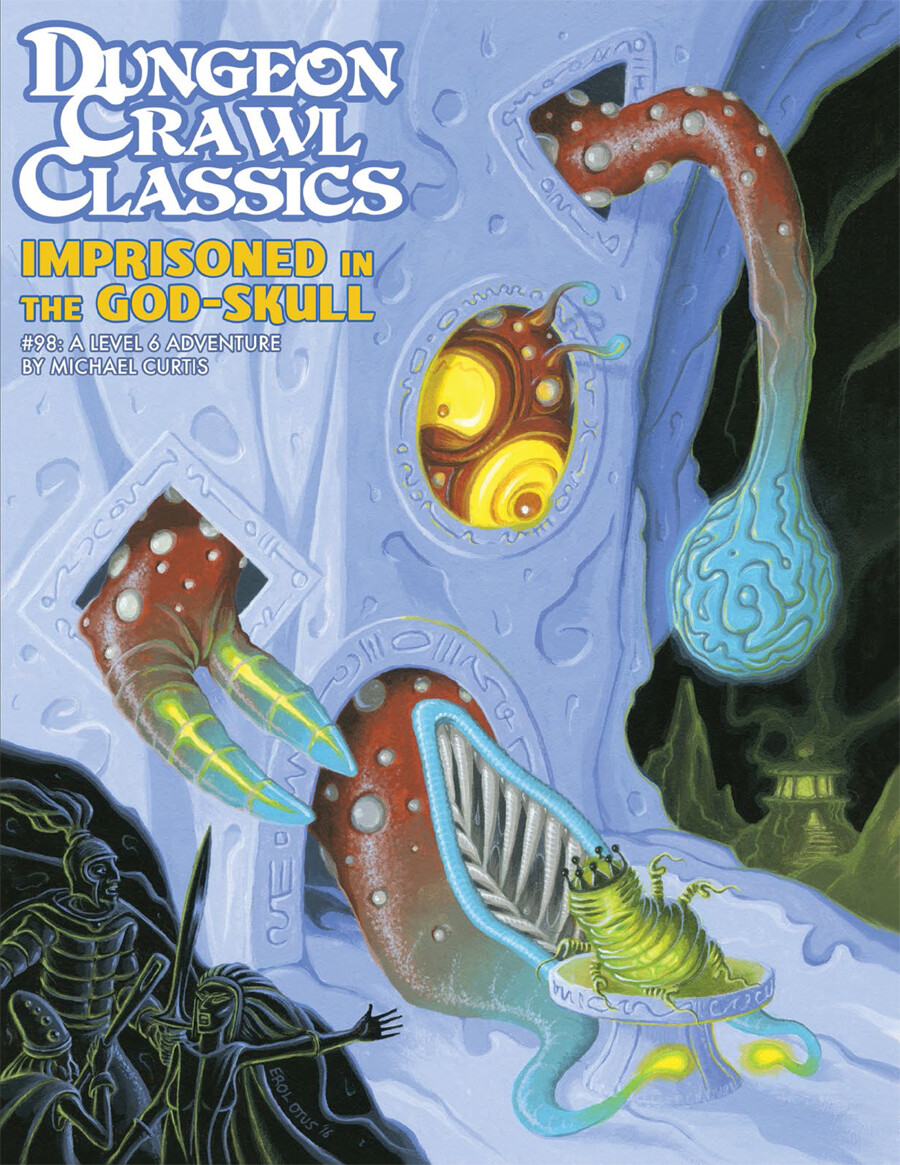 A Level 6 Adventure for DCC RPG

It hangs like a grim moon over the world, an ancient prison fashioned from the divine remains of a dead god. Within this ivory prison is an evil so powerful that even the Scions of Law could not destroy it. Soon, however, its long imprisonment may be at an end.

An alien mass of writhing, terrible life has emerged from the Void of the Stars to collide with the floating prison, unleashing even stranger foes into the God-Skull. As the Keepers of the prison and their monk allies fight the invaders, that ancient evil begins to plot its escape. Can the heroes intervene to both repel the alien invaders before they reach the world below and keep a terrible power imprisoned? Or will one or both threats tear the world apart in a campaign of conquest and revenge?

Imprisoned in the God-Skull is a 6th level Dungeon Crawl Classic adventure born from the extraordinary artistic genius of Erol Otus and the fantastical writings of Michael Curtis. The two have joined forces and conceived a DCC RPG adventure that is, quite literally, out of this world!