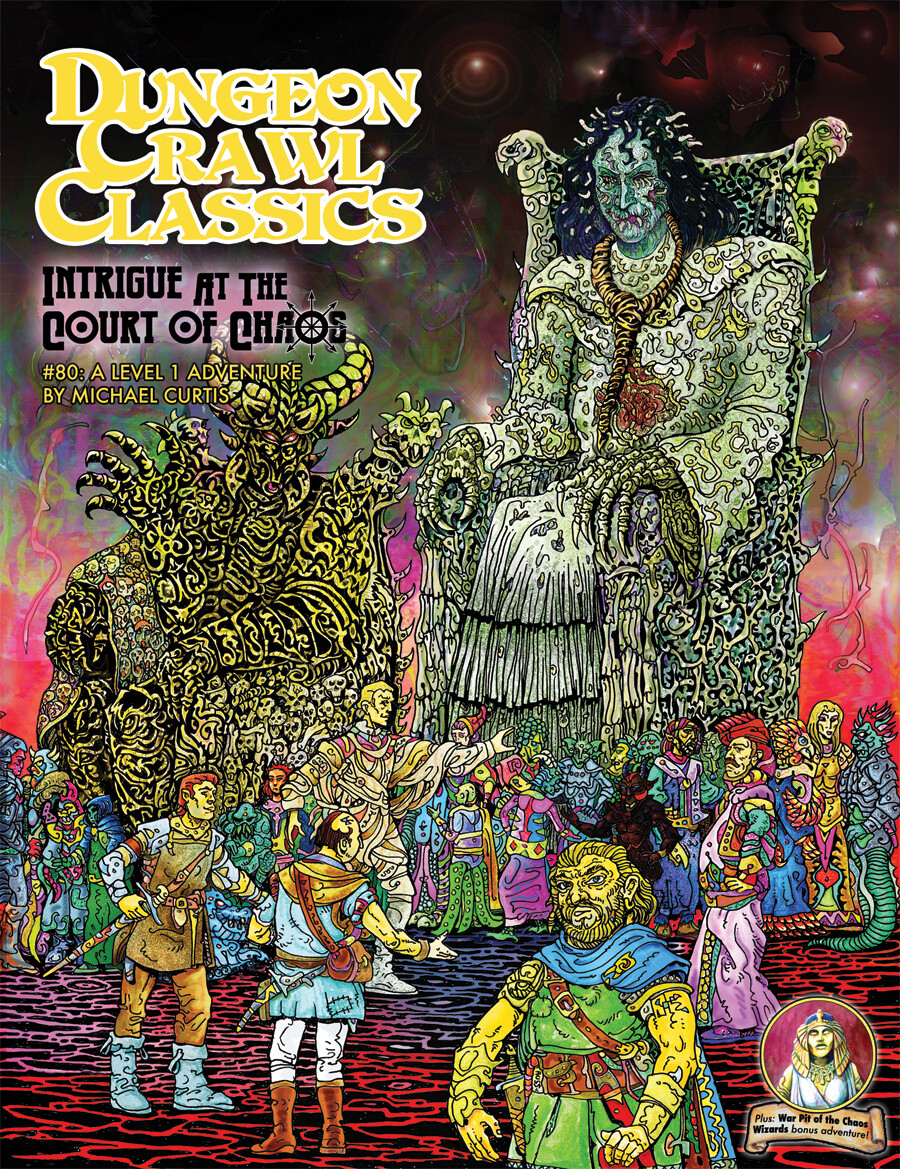 At the mercy of Chaos! Abducted by the Court of Chaos, the adventurers face hard choices if they want to return home. The Host of Chaos desires a legendary artifact held by the Scions of Law and need patsies to retrieve it. Faced with an eternity of servitude, the party must sneak into the Plane of Law and steal the Yokeless Egg from under its guardians’ watch. But not all is what it appears when the Court of Chaos is concerned and serving the Host may destroy the party from within. Can they survive the Intrigue At the Court of Chaos?

War Pit of the Chaos Wizards:

BONUS ADVENTURE! Six sorcerers seek the leadership of a secret convocation of Chaos-wizards, which is earned by the wizard who fields the winning team in a gladiatorial contest fought in the Sea of Chaos! This level 2 adventure can be run as a stand-alone or as part of an ongoing campaign.