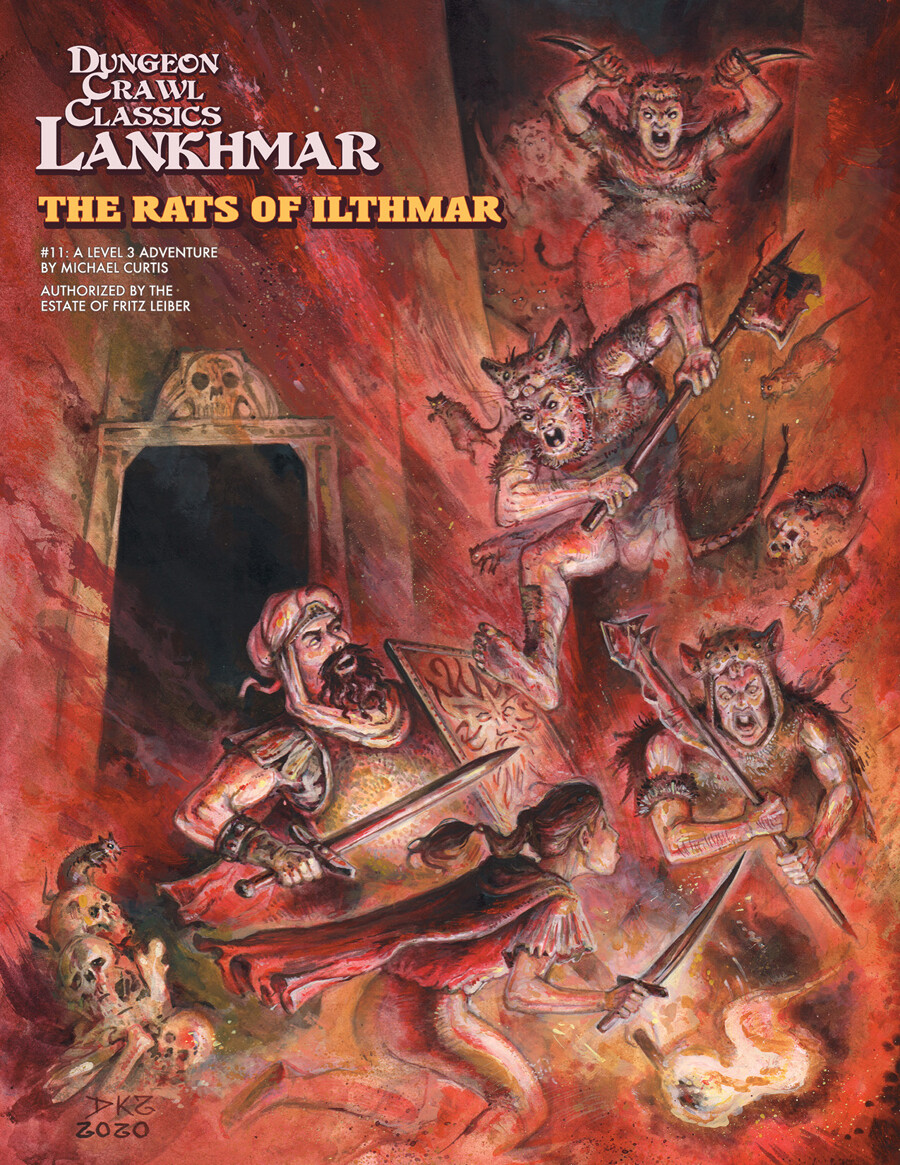 A Level 3 Adventure for DCC RPG set in in Lankhmar

A relic sacred to the Rat God lies protected beneath a temple in the trash-ridden city of Ilthmar. Those who venerate the Rat seek to turn the relic’s power against Ilthmar’s most hated rival: Lankhmar, the City of Sevenscore Thousand Smokes!

When Lankhmar’s Overlord learns of this plot, he dispatches a selected party of cut-throats, sorcerers, and alley-fighters to recover the relic before the scheme of the Rat God comes to fruition. But to succeed in their mission, the party will have to infiltrate the deepest depths of the Rat Sect and overcome a multitude of unexpected and dangerous guardians.

Do they have what it takes to succeed in the Overlord’s request—or will they end up another rat-gnawed corpse in the shark-infested waters of Ilthmar?