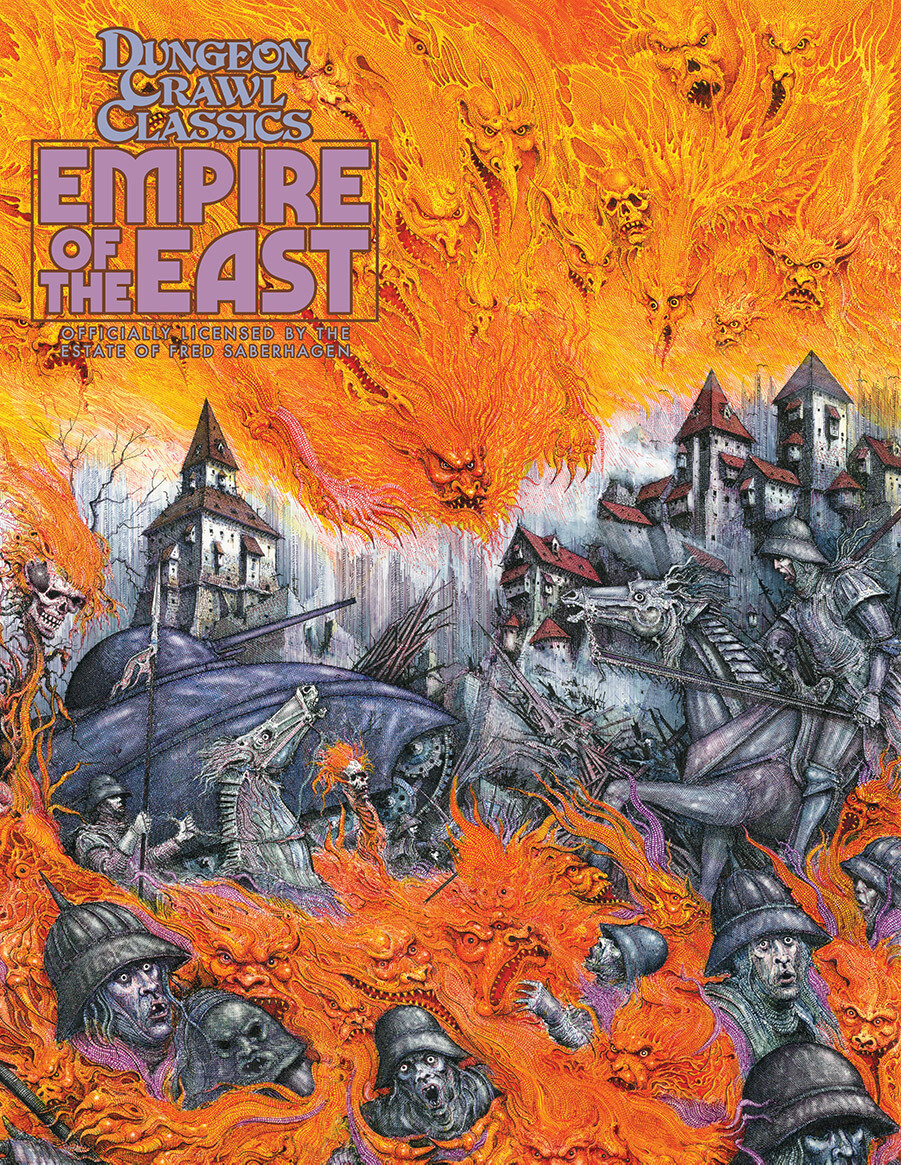 Officially licensed by the estate of Fred Saberhagen, this hardcover sourcebook offers everything you need to play DCC RPG campaigns in the world of the Empire of the East.

Thousands of years ago, the ashes of nuclear fire changed the world. The weapons of mass destruction ceased to work as the laws of physics altered. In their wake came elementals and demons, creatures from the darkest dreams and nightmares of mankind. Magic returned to the world. Humankind arose from the ashes and rebuilt society, just as the vile Empire of the East wielded the demonic powers of Orcus to sweep across the globe. Now it falls to a small group of resistance fighters to reclaim freedom for humanity!

Inside you will find:

Using this sourcebook requires the DCC RPG core rulebook. While this sourcebook contains all you need to play a campaign, Saberhagen’s novels are an invaluable resource in understanding the setting. We highly recommend you also read the Saberhagen Empire of the East series, available as a modern compilation or in the original three individual volumes, titled The Broken Lands, The Black Mountains, and Ardneh’s World (also published as Changeling Earth).