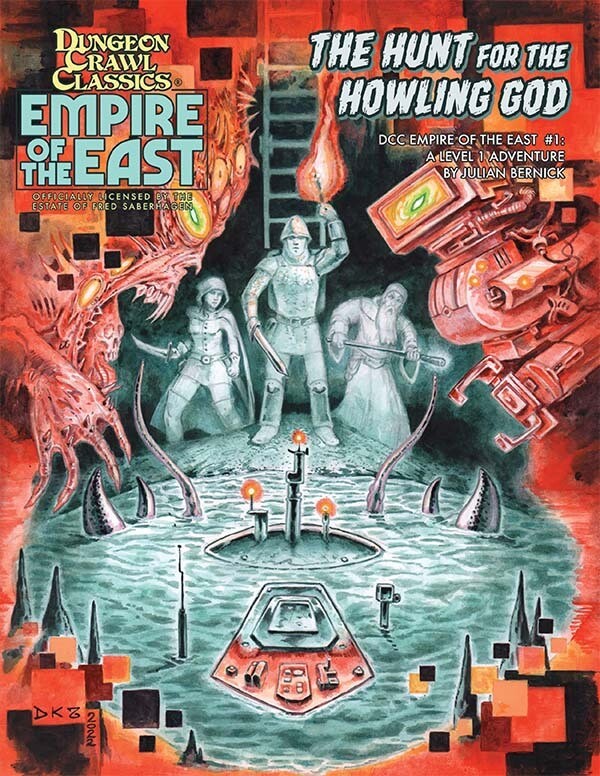 Dungeon Crawl Classics Empire of the East #1: The Hunt for the Howling God

A level 1 DCC adventure set in The Empire of the East!

Sent to find the location of a mysterious artifact, the adventurers find themselves imprisoned in a remote forest outpost and must fight their way out against overwhelming odds. Thus begins an overland journey across the Western shore, encountering merciless bandits, mutant monsters and a mysterious wizard, all while being pursued by the vengeful forces of the East.

Great dangers and even greater treasures await! Can they reach the ancient site and capture an artifact powerful enough to change the outcome of the war before they’re caught? Join the battle for freedom!

The players must engineer a thrilling jailbreak to learn the location of a lost relic of the Old World.

To reach the resting place of the Howling God, the adventurers must overcome a bevy of dangerous animals changed by the powers of the Old World, bloodthirsty bandits, Empire patrols, and wizards and their demons standing in their way.

Plumb the forgotten secrets of the Old World and learn if the Howling God still lurks in the deepest reaches of an ancient installation.