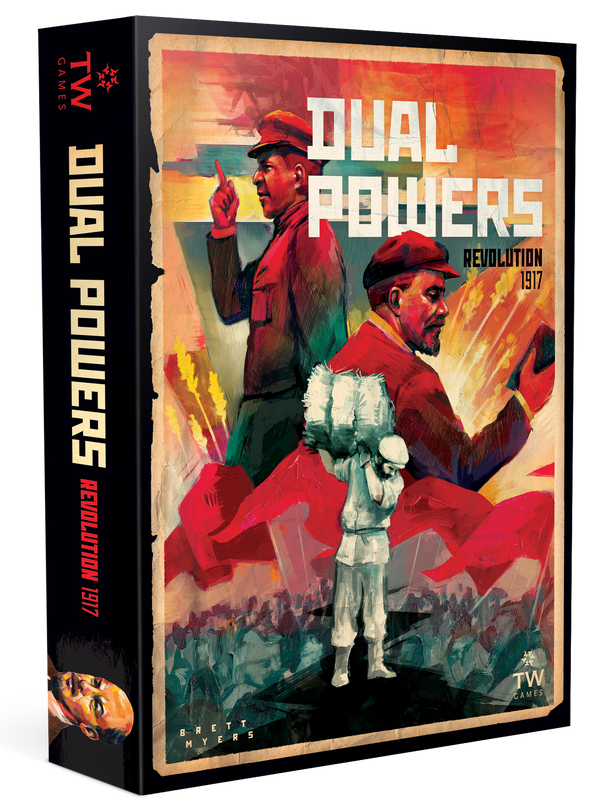 In March of 1917, Tsar Nicholas II was forced to abdicate the throne of Russia. In his place, a conservative Provisional Government formed, representing the official authority of the state. Opposed to the newly formed government stood the Petrograd Soviet, an elected council of workers organized by socialist activists.

Over the following months, an internal struggle for power and influence would dominate the country and spark a social revolution. In this state of dual power, or dvoevlastie, charismatic and powerful leaders would rise with the tide of public dissatisfaction and change the course of Russian politics forever.

In Dual Powers, 1-2 players direct the forces on one side of this struggle through political action, social maneuvering, and military conflict. The player with greater support at the end of the game will shape Russia’s future and either launch or suppress the impending Civil War.

Play takes place over five phases in each round.

OBJECTIVE PHASE - The Area of Great Unrest is established on the game board. Then, players simultaneously select a secret objective to score at the end of the game round.

CLEANUP PHASE - Played cards are discarded, if no player has won, the game board is prepared for the next round.