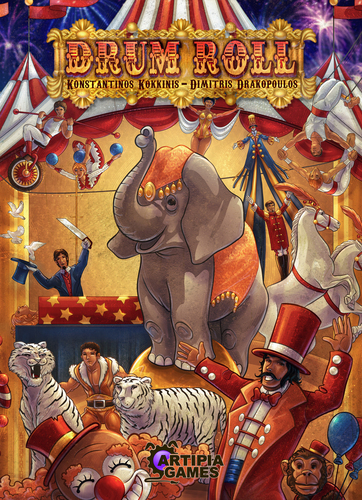 Europe in the early 1900s. Players take over the role of circus owners traveling to various European cities to give shows and impress their crowd. Before each show, players must enrich their circus by hiring performers and fulfilling their needs to help them give their best performances. They also hire personnel and invest in order to create the most prestigious circus. After 3 shows, the player who earned the most prestige points is the winner.

Language: The game is language independent and the box includes rules in English,German and French language.