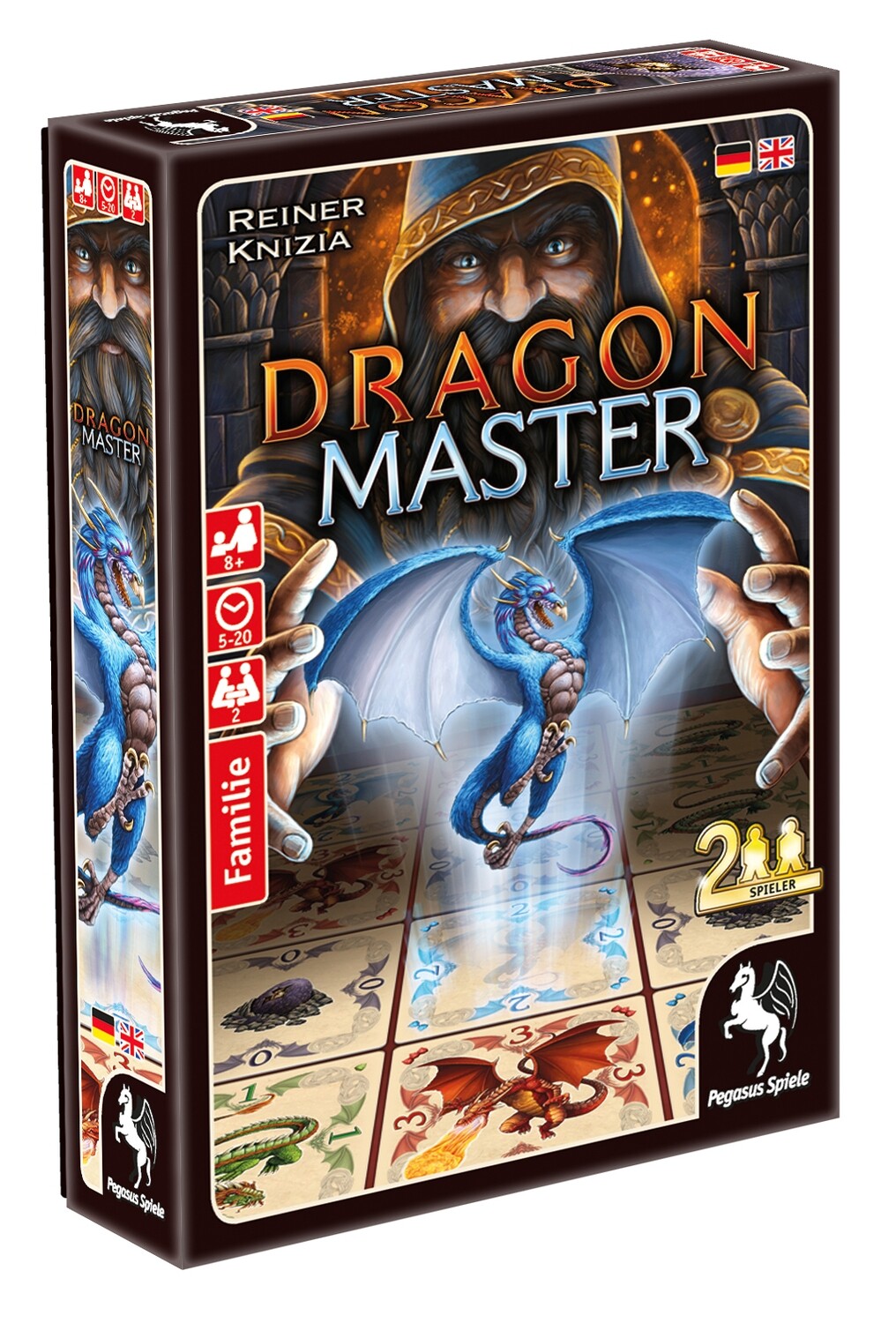 A group of dragons is only as strong as their weakest member – that’s the first thing a Dragon Master learns.

This tactical duel game is played on an imaginary 4x4 grid, one player will score the vertical lines, the other player the horizontal lines of the grid. To start, both players are dealt eight cards with values from 0 to 3 and alternately play them into the 4x4 grid, always adjacent to at least one previously played card. Once 16 cards are played, the lines are scored: Single dragons count their printed value. Two identical dragons get a x10 multiplier for their value. Three or more identical dragons of any value score 100 points. However, in the end the player with the lowest scoring line loses, regardless their overall score. Dragon Master is a slick, quick-playing card game that requires players to make tactical decisions each turn and keep their score balanced along the way.