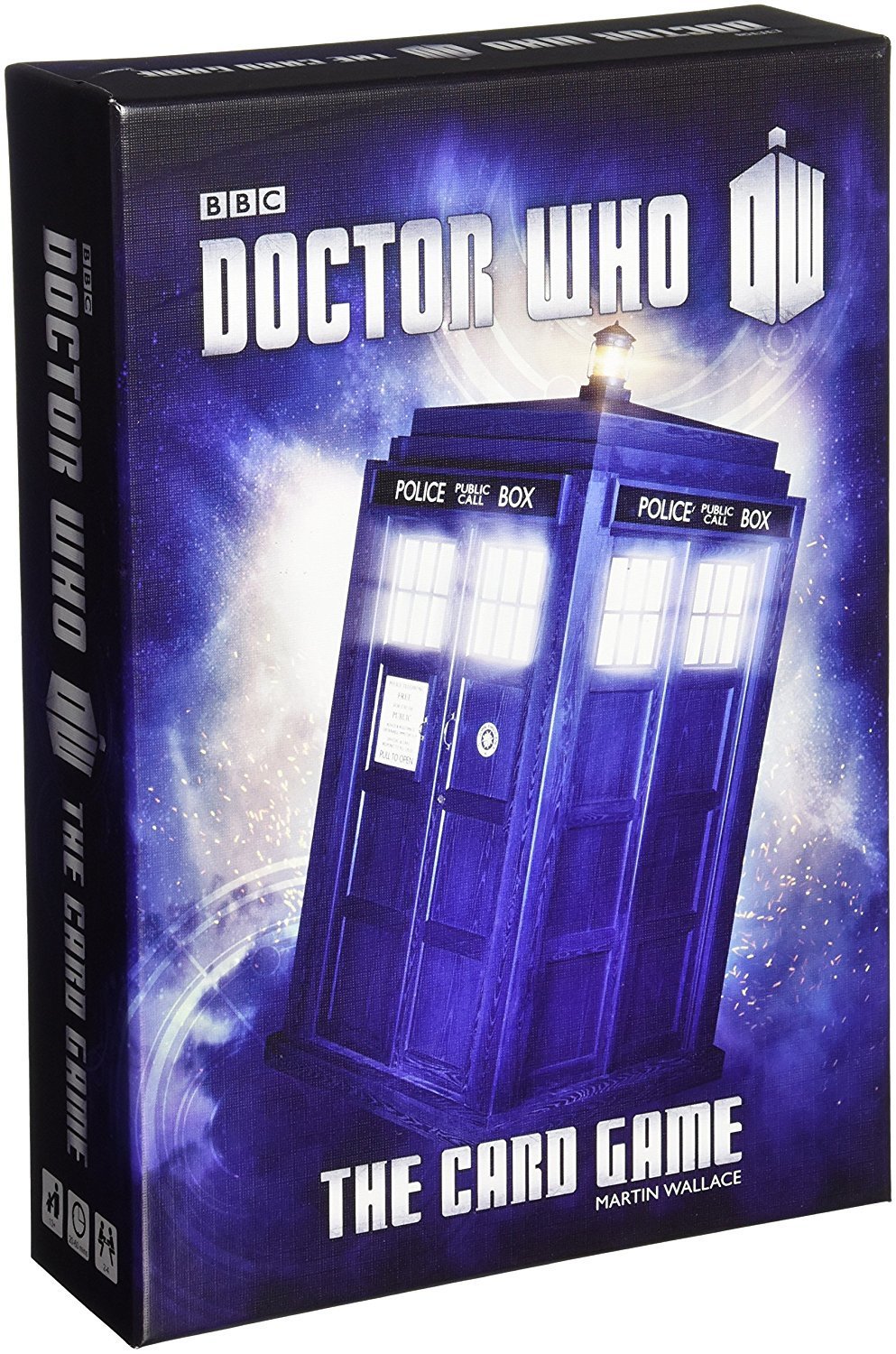 Daleks! Cybermen! Sontarans! The list of threats is endless and no place in the universe is ever truly safe from danger. But there’s one man who’s made it his mission to defend the defenseless, help the helpless, and save everyone he can. The Doctor!

Doctor Who: The Card Game is by internationally renowned designer Martin Wallace, and has been designed for both seasoned time-travelling gamers and newly regenerated players.

In Doctor Who: The Card Game you:

The new, second edition of Doctor Who: The Card Game features the same great game as the first edition, but with loads of new cards, including the Ninth, Tenth and Twelfth Doctors, companions such as Clara and Rose, new locations and enemies, and a set of variant rules for playing with two players!