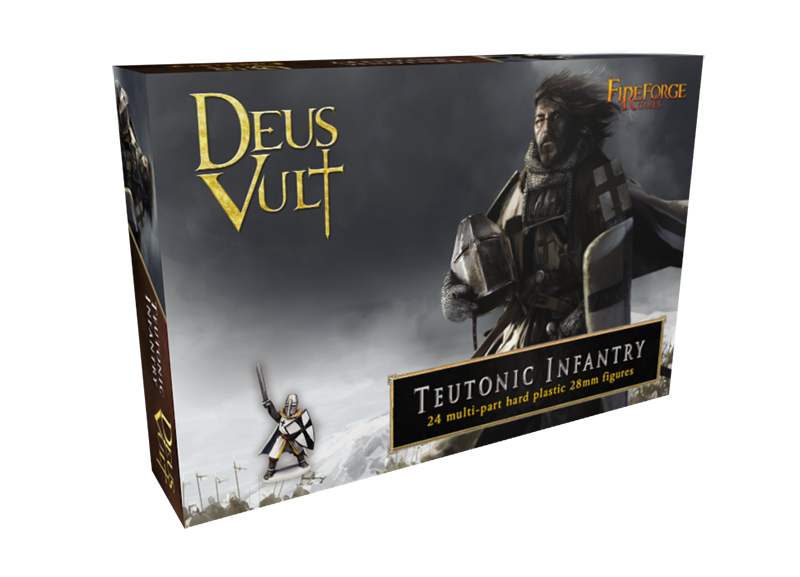 You will be able to build up to 12 crossbowmen and/or up to 24 Templar Sergeants figures.

Figures are supplied unpainted and require a little assembly.