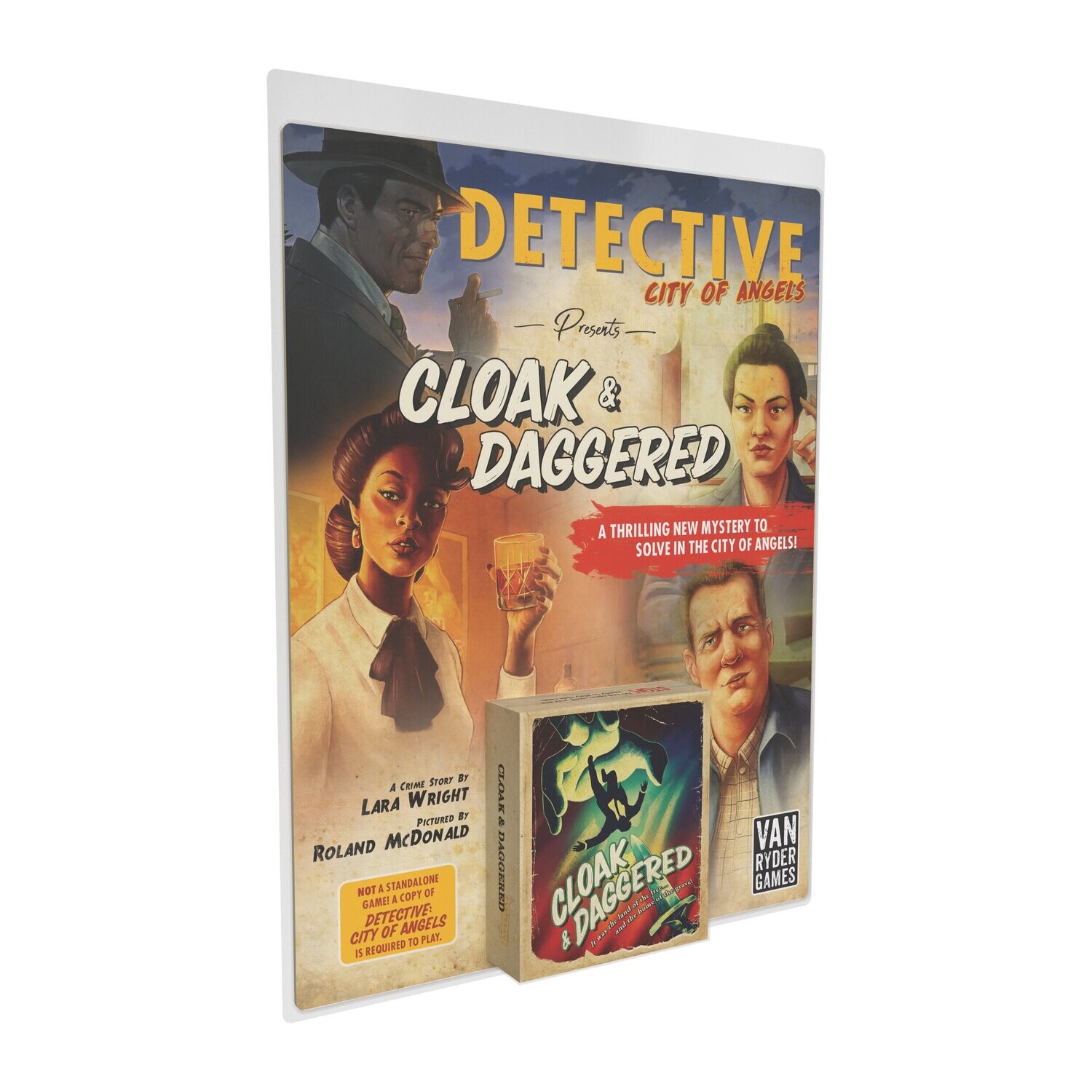 Foreign spies and ruthless G-men clash on the streets of Los Angeles in this thrilling single case expansion for the award-winning Detective: City of Angels!

When a Russian immigrant dies under suspicious circumstances in a ramshackle hotel room, the detectives of the L.A.P.D. Homicide Division are called in to investigate, but before the body has even gone cold, the case - and the city - are swarming with G-Men. These stone-faced agents of the Federal Bureau of Investigation have their own agenda, one that doesn't appear to be particularly concerned that justice is done.

In this single case pack for Detective: City of Angels, cleverly designed by Lara Wright and meticulously illustrated by Roland McDonald, your powers of deduction will be put to the test. Not only will you have to track down all the evidence, you'll also have to contend with the F.B.I.'s presence in the city. Can you solve the mystery of who Jack Sonin was, and why the government cares so much about him?