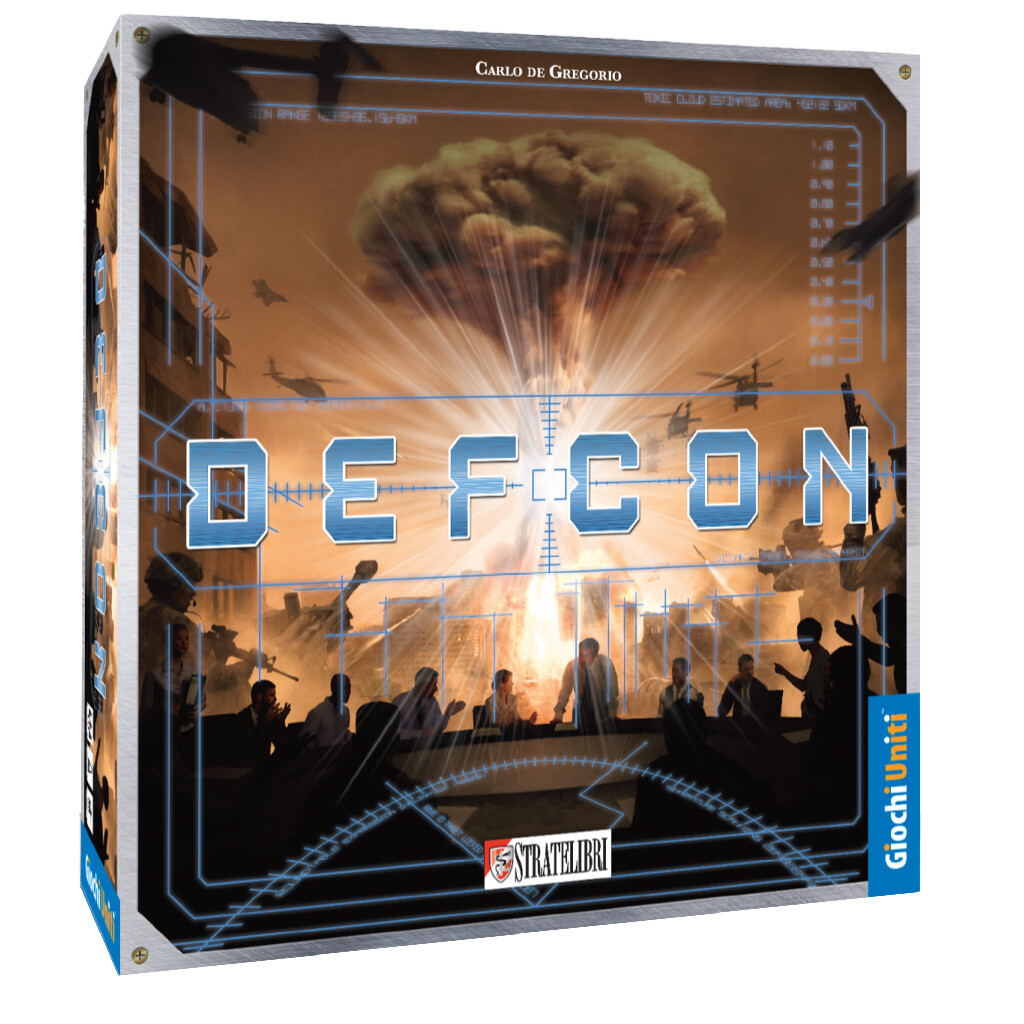 In a dystopic future, four Megapowers contend to rule the world. These Megapowers are actively engaged in the international scene to acquire power and prestige over opponents in order to maintain control over their internal tensions. A new arms race begins…

Defcon is an entry level competitive wargame for 2 to 4 players. Each player controls one of the Megapowers. The goal of the game is to gain most consensus by the end of the fifth round: consensus is composed by the sum of the military index (territories controlled) and the reputation index. Each round is divided in five phases. Every phase is completed by all players following the initiative order before advancing to the next one. Players who find the right balance between military strength and the public's opinion will win the game.