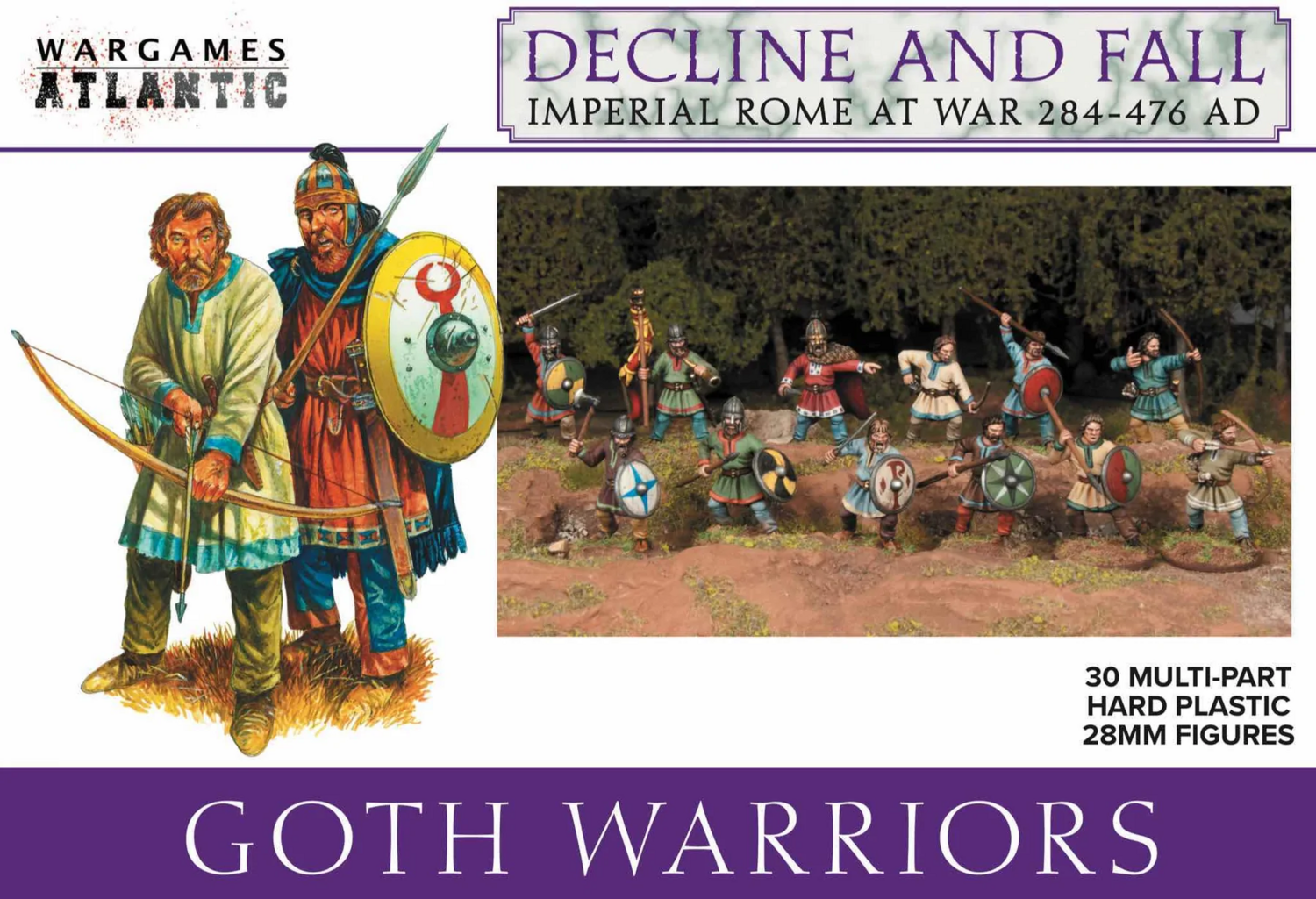 FROM THE EAST, A CONQUERING HORDE…

As the Romans tried to hold their Empire together, a new threat emerged from the East: the Goths! Fleeing the growing power of the Huns, these Germanic tribes became allies and enemies of Rome and eventually sacked the great city itself.

This hard plastic set allows you to build up to 30 Goth Warriors with spear, sword, sling, axe, and bow along with standards and the option to create full command from each sprue. The warriors are all unarmored.