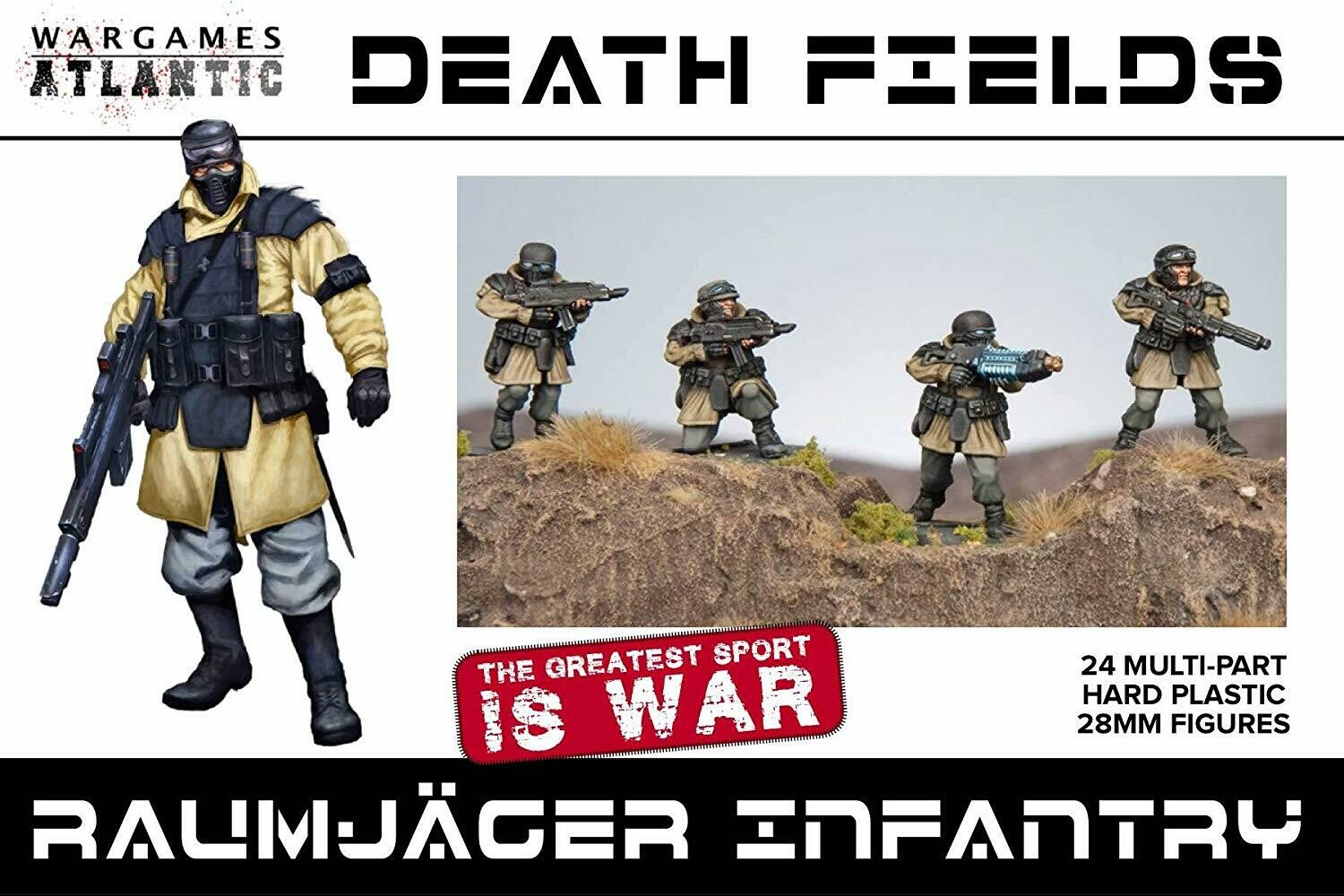 Even before they became the famed Raumjager of the Death Fields circuit, this group of human warriors was an elite German parachute unit - the Fallschirmjäger.

One moment they were trying to stem the tide of the Allied advance near Carentan, the next they found themselves light years from Earth - prisoners of fantastic beings with even more fantastic technologies. The men of Fallschirmjäger Regiment 6, 7th Kompanie had been taken, like many of the finest warriors before them, to become gladiators in the galaxy's greatest sport: the sport of war.