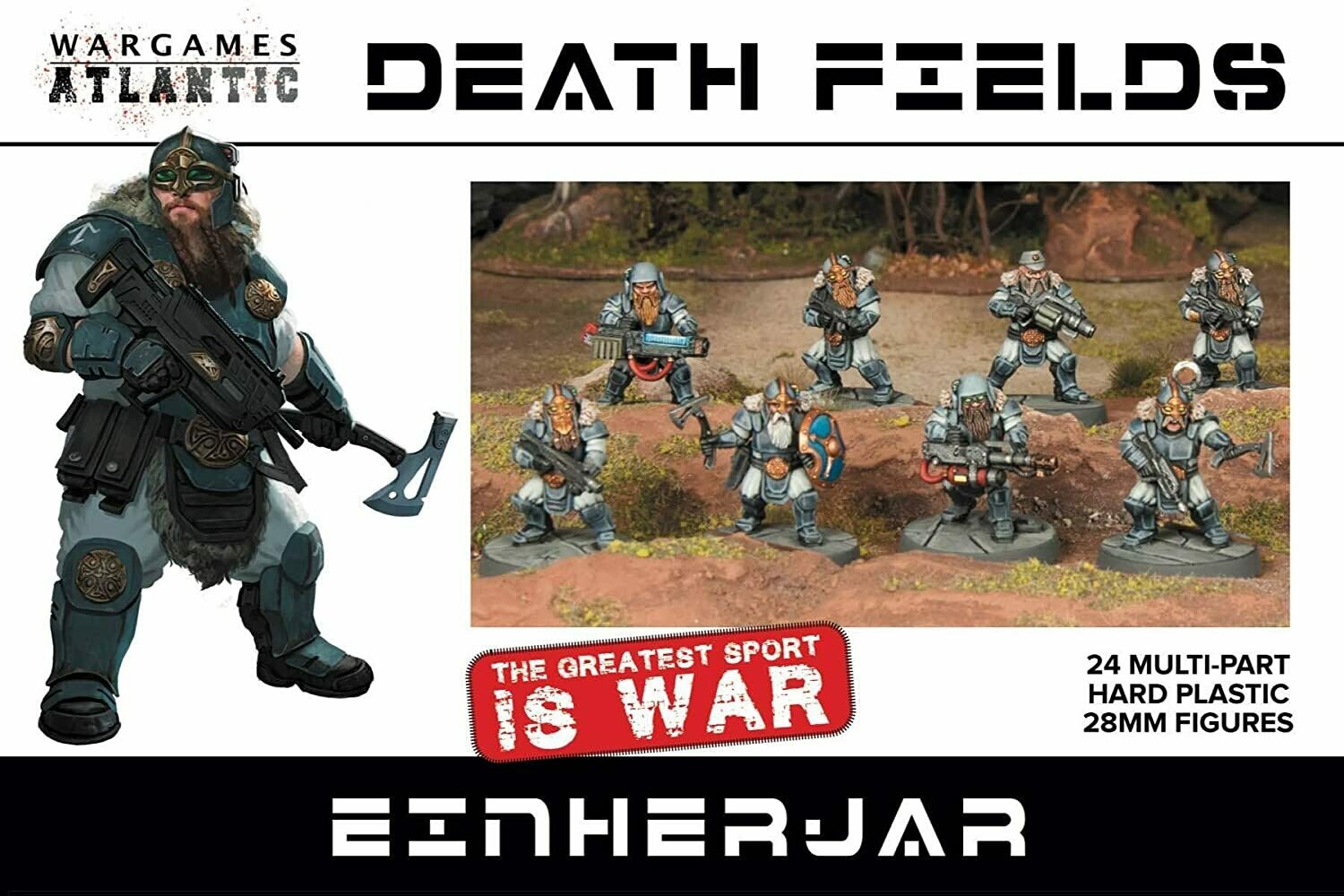 THE WARRIORS OF VALHALLA TAKE THE FIELD…

Abducted from their longship on the return voyage from a raid on Wessex, these Norsemen’s new owner settled them on a high gravity world and began their training for the Death Fields circuit. After each battle as wounds miraculously healed and even the dead were brought back to life, the warriors thought of themselves as the fabled Einherjar - the ghostly warriors of Valhalla who fight and die each day and are reborn to feast each night. Over the centuries, their ongoing regeneration while living primarily on their high-gravity homeworld has resulted in stunted growth for themselves and their offspring. Their diminished stature in no way affects their prowess on the fields of battle as they win contest after contest against other teams human and otherwise.