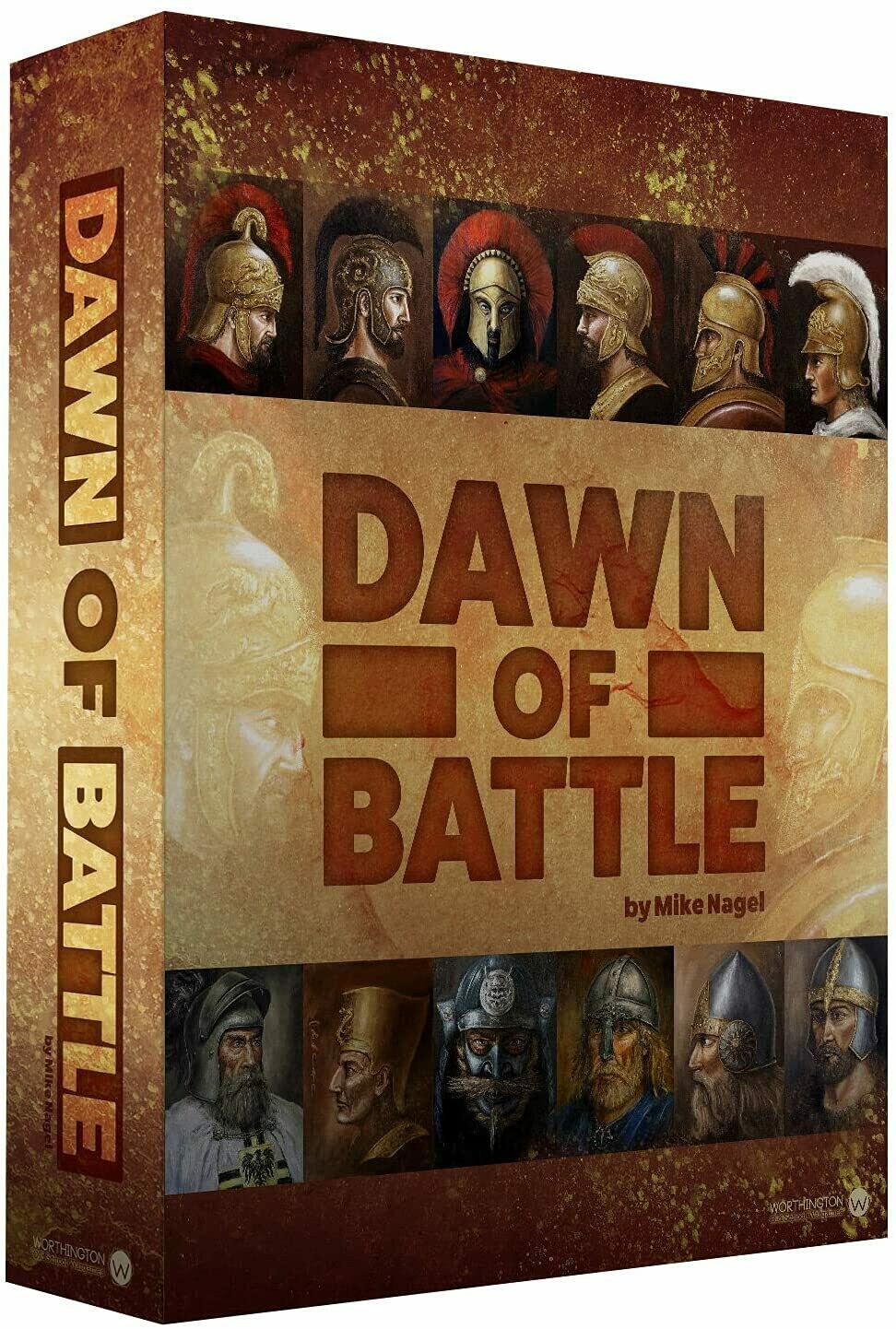 Dawn of Battle is a hex-and-counter war game allowing players to refight historical battles from 1500 BCE to 1500 CE or 3000 years of combat. Players take the roles of the great commanders of history, including Xerxes, Alexander the Great, Julius Caesar, Saladin, and William Wallace.

The game system is straight-forward and action-packed, as players depend upon the quality of their army’s leadership to provide activation points allowing them to maneuver their armies and strike against the enemy. The better an army’s command, the more flexibility it has to move, rally, and attack.

Each of the twenty included scenarios indicate the disposition of each army that engaged at that historical battle. Units include a variety of infantry types (including hoplites and the Macedonian phalanx), cavalry (including chariots and mounted archers), missile units (including slingers, longbows, and even early gunpowder weapons), and special units such as elephants and war wagons.

The game’s primary engine is comprised of an action deck used to determine command, the randomly determined outcomes of actions, and melee combat. Additionally, action cards provide special effects that players can use to enhance their units’ abilities as well as the narrative of the gaming experience. The action deck provides a unique means of resolving a battle in an experience that will never be duplicated.