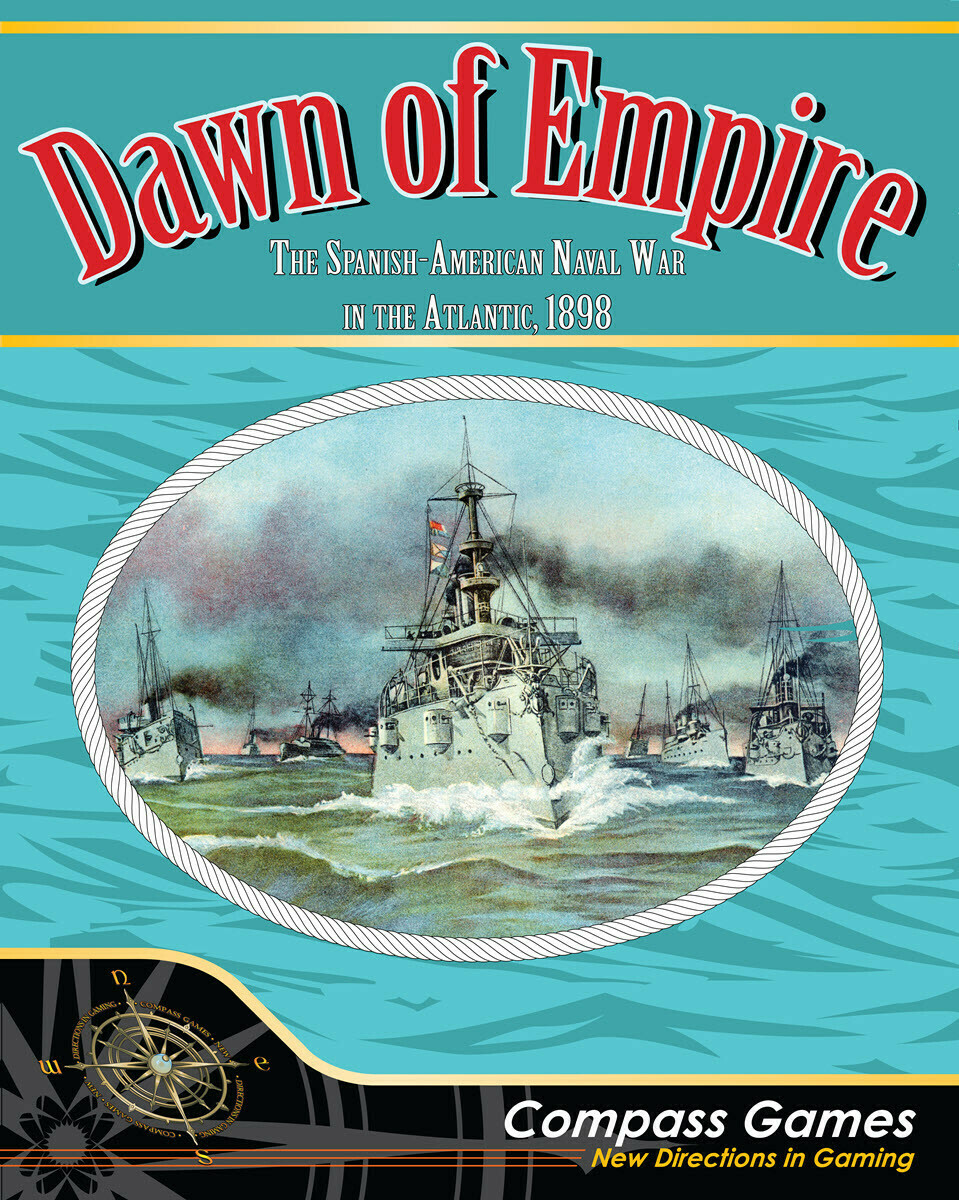 Dawn of Empire is an uncomplicated game centered on the naval aspects of the Spanish-American War of 1898 in the Atlantic Ocean. The game depicts this conflict at a strategic level, with most operational and tactical details represented by fast and easy-to-play systems, rather than intricate mechanisms. The intent of the game is to provide a broad overview of the historical events while being fun to play.

It all really started in February of 1895 when Spain unilaterally suspended constitutional guarantees to Cuba and its population. This lead to open revolt on the island and serious retaliatory measures by the Spanish administration of Captain General Weyler, including concentration camps for non-combatants. This was too much for the American press, and as a result, the American public, and eventually U.S. pressure led to Weyler’s removal, but not to a decrease in tensions between the US and Spain. And then, the Maine happened. On 15 February, 1898, well into the darkness of the night, the USS Maine, anchored in Havana Harbour to visible enforcement of U.S. interests on the island, blew up. 268 U,S. naval personnel were killed, about 2/3rd of the crew of the vessel. The American press exploded also. Headlines shouted “Spanish Treachery” and William Randolph Hearts newspapers stirred the pot of American anger vigorously. By late March a Naval Court Of Inquiry set down a judgment that the Maine was destroyed by an external explosion, pointing the finger by implication at the Spanish. Before the end of the following month, the United States would declare war on Spain.

The object of the game for the United States player is to control the sea areas around the US Atlantic coast and Caribbean Sea to prevent Spanish combatants from supporting their island holdings and to destroy the naval forces of Spain. The object of the game for the Spanish player is to disrupt United States sea control, retain sea control around the Spanish coastline for as long as possible, and destroy United States naval forces. Both players must deploy their naval resources into the sea areas on the map to earn victory points at the end of each turn for areas under their control, blockaded, and for opposing units destroyed.