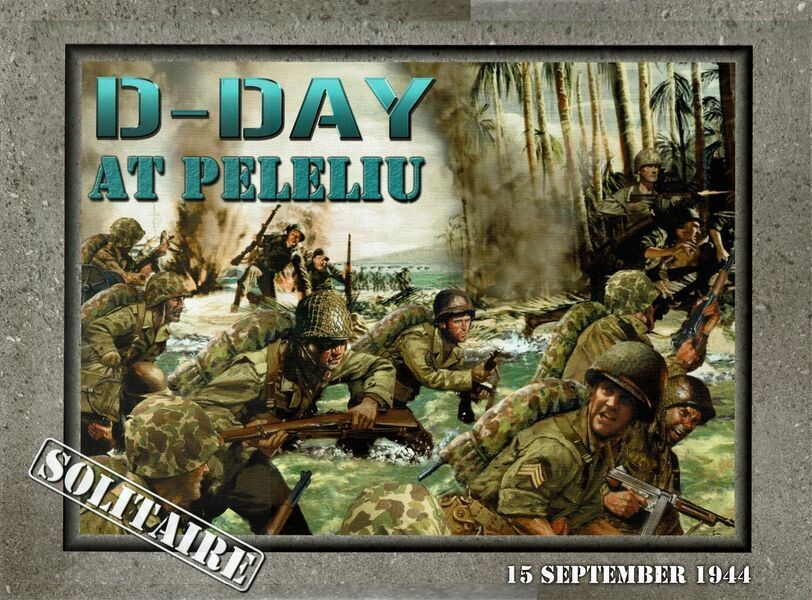 D-Day at Peleliu is a solitaire game simulating the amphibious invasion of Peleliu in the Palau Islands. The Marines assaulted with the primary goal of capturing the airstrip nestled amid jungle and overlooked by forbidding mountain terrain. Though Maj. Gen. William Rupertus, commander of the division, predicted a quick four-day victory, the battle was instead a two-month fight to the death against some 10,000 tenacious Japanese.

In D-Day at Peleliu, designer John Butterfield advances the solitaire system of his award-winning D-Day at Omaha Beach to the next level. You control the US forces against a Japanese defense determined to hold the island at all costs. An innovative no-dice combat system highlights unknown enemy deployments and the importance of using the right weapons and tactics. Event cards keep the action flowing and the rules simple while introducing historical detail.

Players familiar with Omaha Beach will recognize the hazardous amphibious landings, overlapping enemy fields of fire, uncanny enemy tactics, and the emergence of heroes and leaders as the battle unfolds. In Peleliu new features cover coordinated Japanese counterattacks, close combat, fortified positions in coral and mountain terrain, and the hellish canyons and peaks of Umurbrogol Mountain, ever after referred to by the Marines as “Bloody Nose Ridge.”