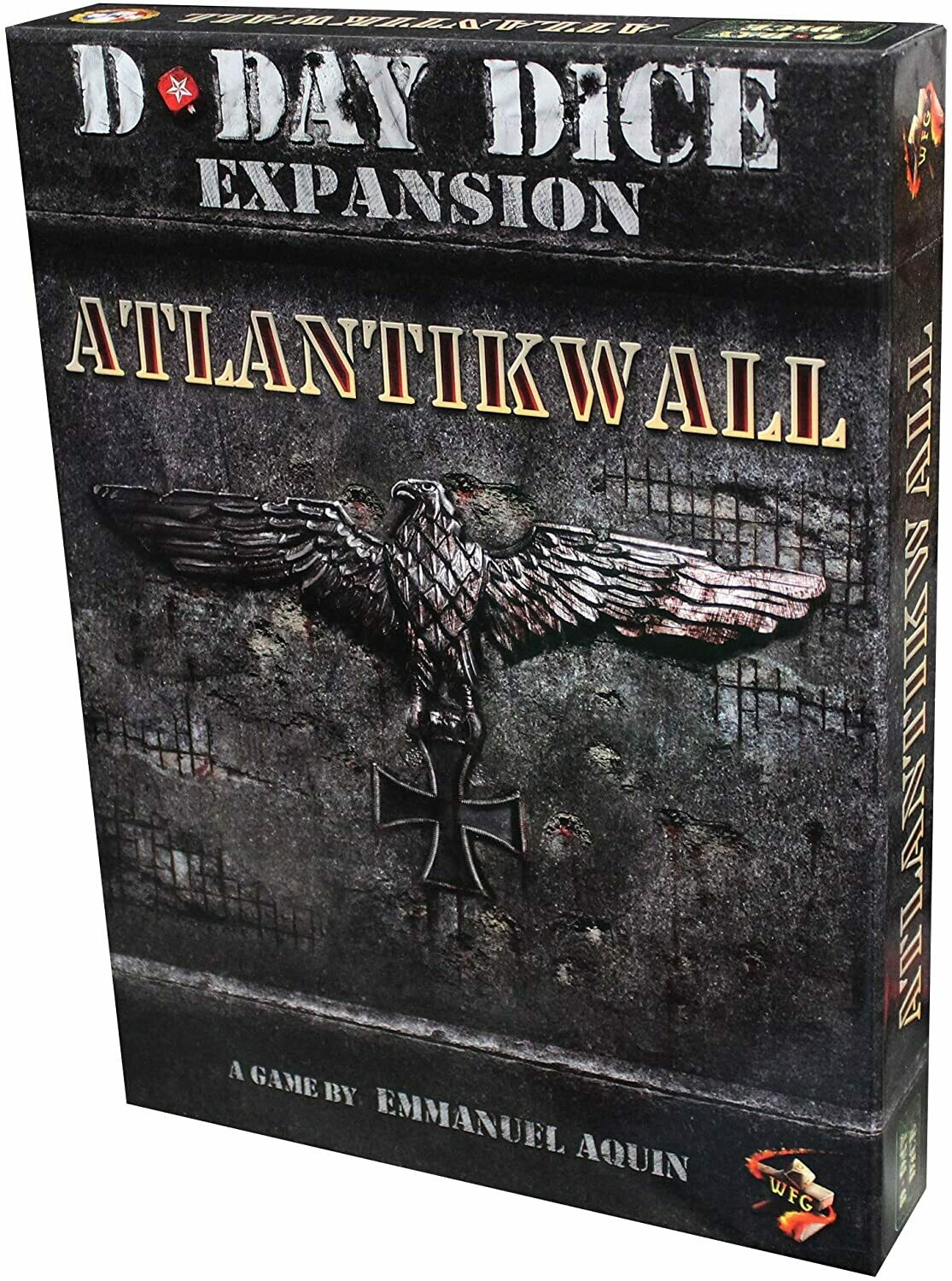 In addition to its 6 Battle Maps, including Omaha Beach II & Exercise: Fabius, Atlantikwall contains 3 “mini-expansions” that are completely independent from each other. Players can add 1, or 2, or all of them to their game:

Atlantikwall: This module lets one player play the German side on any existing Battle Map. The German player can transform a 2-player game into a head-to-head confrontation, or be added to any group of players (even solo). Also includes a full set of unique German Specialists, German Items and Decorations, a set of Red, White & Black dice, a player aid, a Resource card, and some additional Allied Specialists and Items.

Think of the German player as the Battle Map itself. It is up to him or her to “activate” some of the features of the Map, and to make life difficult for the Allies. He plays like all the other players, rolling dice to gather resources, and spending those resources to recruit Specialists and find Items. The main difference is that the German does not move: instead, he uses his Courage to draw cards from the "Decorations" deck, which gives him special one-time abilities.

Battle Conditions: This deck of 50 cards reflects the unpredictability of battlefield conditions, whether it’s from nature itself or the hazards of combat. Drawn at the start of each turn, they affect all players and supersede Sector attributes, offering a variety of effects like friendly fire or smoke cover. Some are good, some are bad, and some offer opportunities to be seized at the right moment. Beware of plane crashes, supply trucks catching fire or loss of morale!

Badges: A reprint of the 1st edition hard-to-find mini-expansion, consisting of 10 cards. Badges can be drawn at random by a Unit that obtains a "Battle Cry" RWB. They have a one-time effect (much like Items), usually helping their Unit obtain RWB bonuses or Awards more easily.