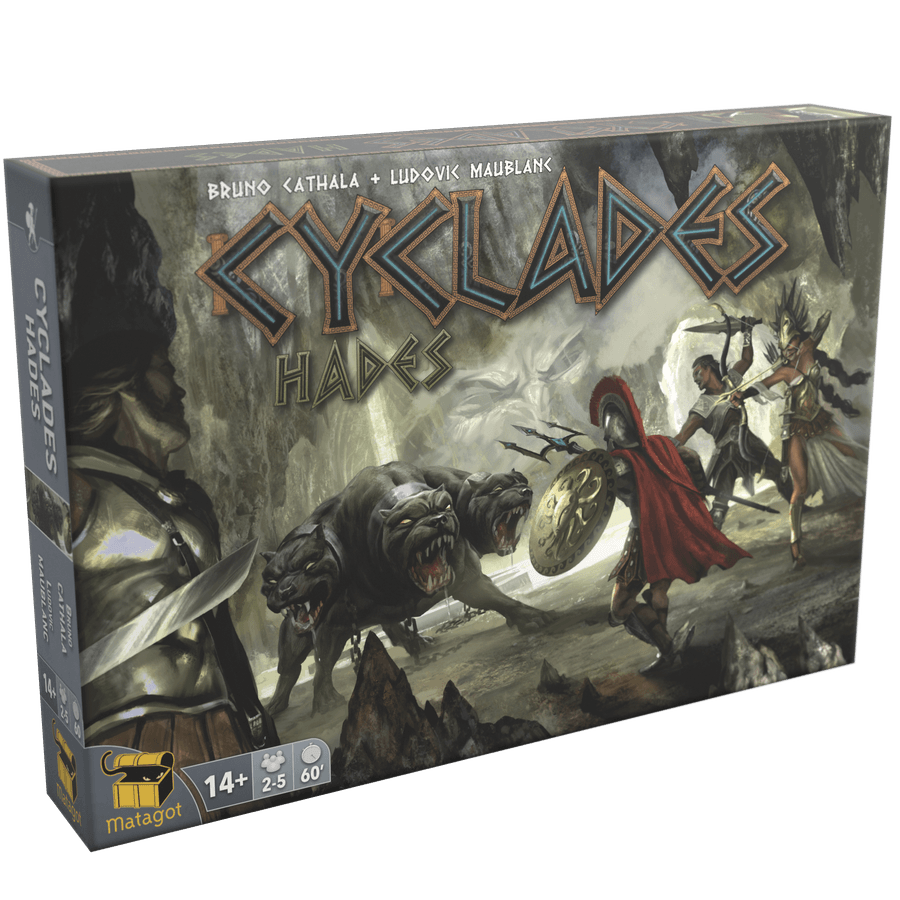 As the sound of furious battles echoes throughout the Cyclades archipelago, a new faction enters the fray. From the darkness of the underworld, Hades brings his undead phalanxes and ghost ships to wage war on the living. Combating these dark forces are new mythological creatures and legendary heroes, and eight more Olympian gods also turn their attention to the islands, granting divine favors to the players that make the best offerings.

Cyclades: Hades features four different modules that can be incorporated into the game independently or joined together to form the ultimate Cyclades experience.