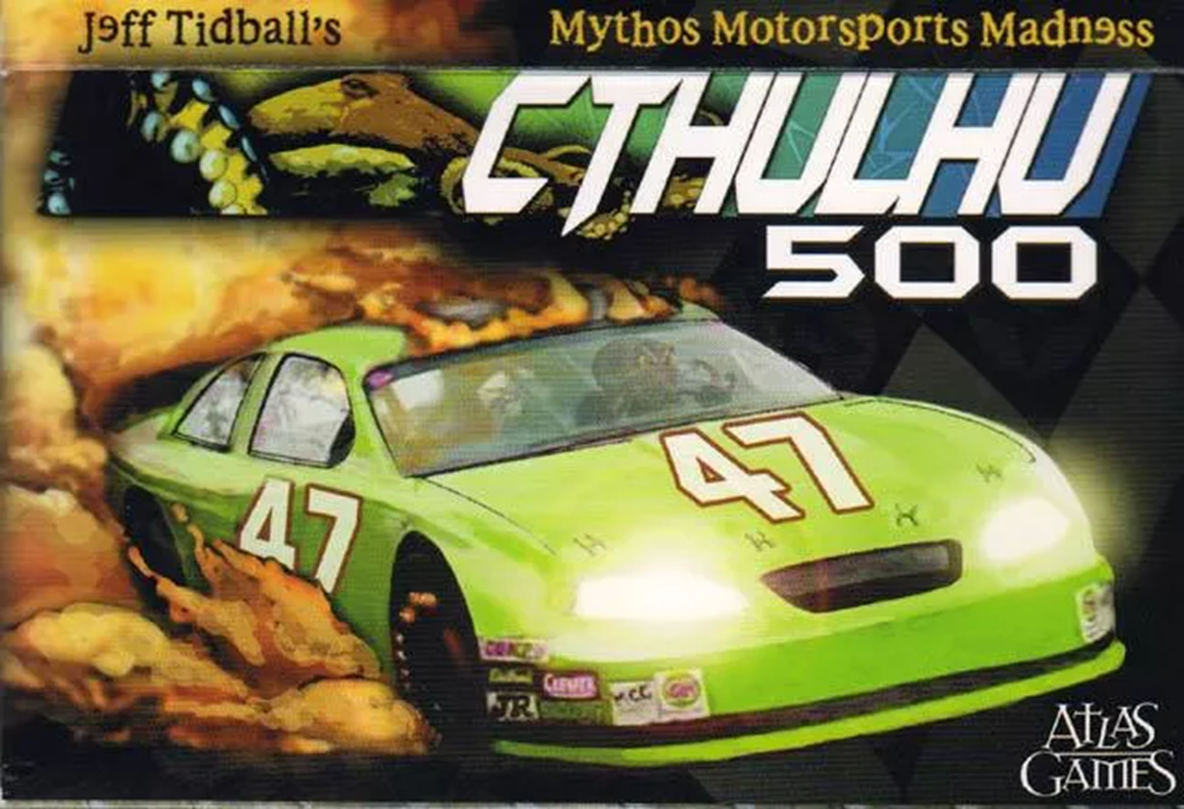 An Eldritch Racetrack: The World of Cthulhu 500

Take Lovecraft to the races with this horror-themed card game.

In Cthulhu 500, drivers compete to cross the finish line first. But this is no ordinary race!

Who will win this squamous race?

Entering the Mythos racetrack is easy. This boardless racing game keeps the focus on the action and theme. Card layout on the table indicates the pack order.

Increase your speed to pass other drivers, and make increasingly complex attempts to repair the damage to your car. Use mods and crew members to improve your performance.

The player at the front of the pack when the checkered flag is drawn wins the game!

Includes: Two 55-card decks and a rules sheet in a tuckbox